Even though smartphones are getting big, people still buy tablets for different purposes. Whether you like having a huge screen on your Android or iOS-based device or you just like watching TV shows and movies in your bed, having a big screen is always handy. Now, some may say that buying a laptop for the same price might sound like a good deal but despite its portability, a laptop isn’t as portable as a well-built tablet.

Today, we are going to give you several options for a tablet under $300, as we think that this is the price range most people go for when it comes to tablets. Without further ado, let’s jump straight to the topic. 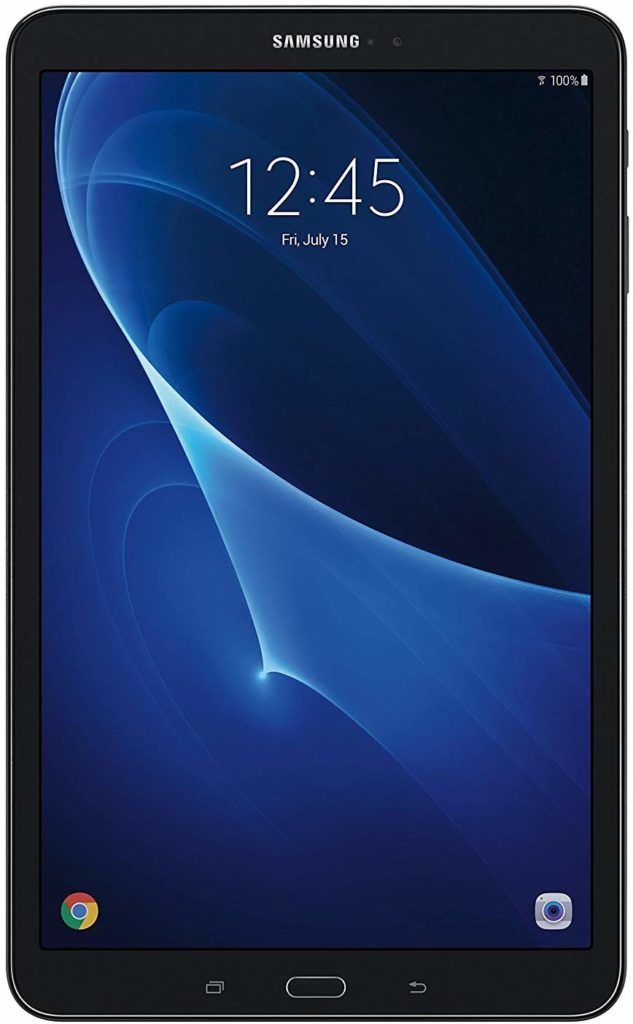 In our opinion, the best sub-$300 tablet comes from Samsung and this time, it’s Samsung Galaxy TAB A SM-T580. Although this tablet isn’t the newest and the greatest, for a price slightly cheaper than $300, it brings some astonishing performance accompanied by a huge 10.1-inch display. When you want to buy a tablet, we always recommend going to the big boys, such as this one. Given that smartphones today come with almost 7-inch screens, 10 inches for a tablet is a sweet spot. Although its operating system is Android 6.0 Marshmallow, this tablet isn’t short of some amazing features. One of the features is the long-lasting battery that allows you to watch your favorite TV shows for hours.

Camera-wise, Samsung equipped its tablet with two of them. One is 2MP front, and the other is an 8MP rear camera. The camera quality isn’t anything to brag out, we’ll admit. But, for this price, you can’t have a camera of Huawei P30 Pro. The 2GB of RAM also isn’t enormous and its 16GB of internal storage isn’t the most generous. Thankfully, the tablet comes with the MicroSD slot, so you can expand the memory whenever you want. The Exynos 7870 chipset is still a great mid-range chipset capable of delivering staggering performance for the price. We must not forget to mention the inclusion of a 32GB microSD card in the package. Very generous of Samsung! 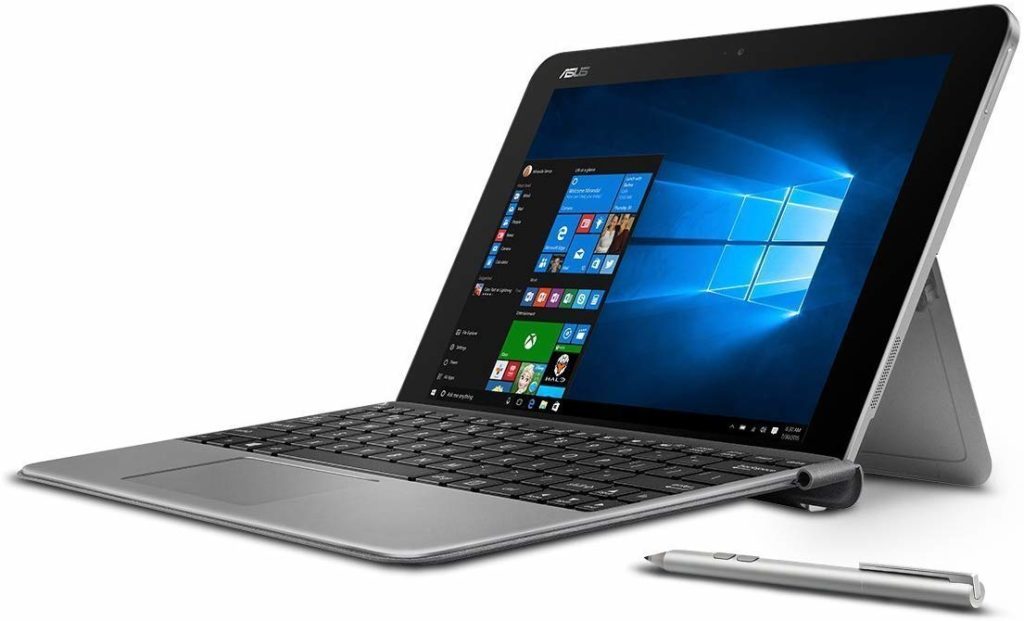 When I was a kid, I loved watching Transformers and now, I just love transforming laptops such as ASUS Transformer Mini 2017. Yes, this tablet launched in 2017 but we must not forget that this year was exceptional for smartphones and tablets in general. For those who like convertible tablets, Transformer Mini 2017 represents a feast. Once again, the tablet packs a 10.1-inch display and since it’s a 2-in-1 tablet, it comes with an ergonomic compact keyboard. To make things more futuristic, ASUS added a one-touch fingerprint login feature, which allows you to wake up the tablet with one touch of a finger. Although all smartphones have this feature today (except iPhone 11 series and Google Pixel 4 series), having this feature on a tablet feels very satisfying.

This tablet comes with Windows 10 operating system and 4GB of RAM, which is enough for non-demanding tasks and casual use. The processor under the hood is the Intel’s Quad-Core x5 CPU, alongside integrated Intel HD graphics. Don’t expect to play PUBG on this beast because of that. You can still play some non-demanding games and enjoy multimedia. Thanks to its Bluetooth and Wi-Fi connectivity, you can now transfer your TV shows and movies with ease and take advantage of your home internet. 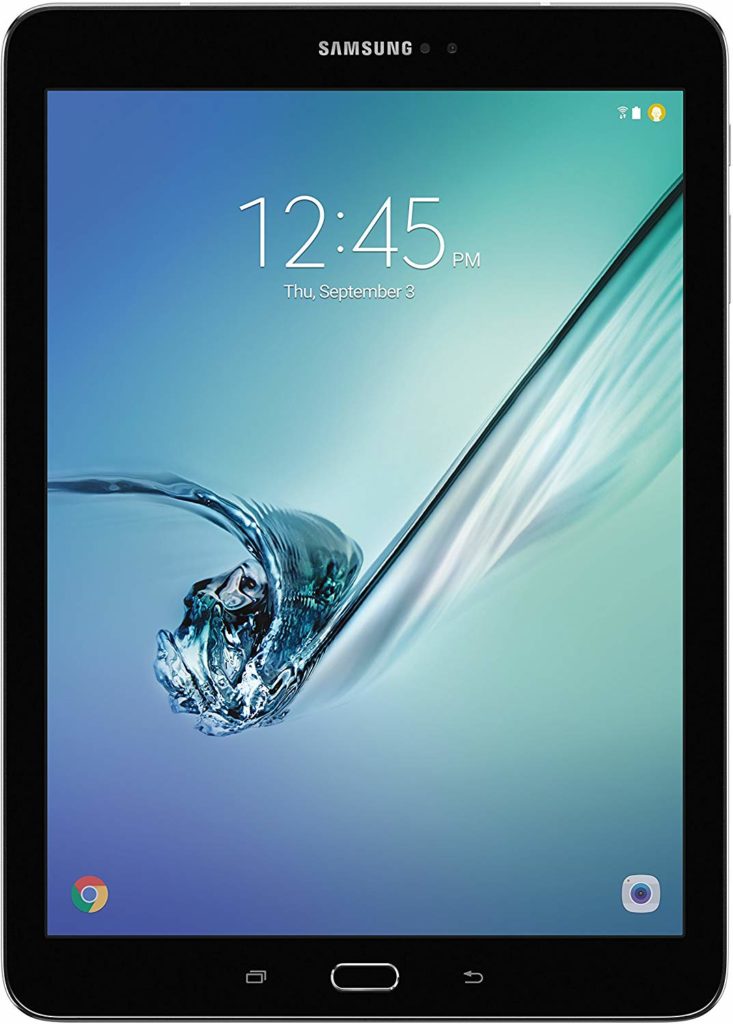 Samsung Galaxy Tab S2 is a tablet that not many people talk about, yet it’s one of the greatest tablets ever made. For the start, we need to mention its awesome Quick Connect feature that allows it to be compatible with all Samsung Smart TV models from 2015 and above. The tablet runs a bit outdated Android 6.0 Marshmallow operating system but that’s okay, as tablets don’t always come with the latest and greatest operating systems. With the 9.7-inch display, the visual clarity is very high, so those who enjoy multimedia will enjoy it even more. Much like the previously mentioned tablet, Galaxy Tab S2 comes with a fingerprint sensor, for added biometry.

Internals-wise, we have 3GB of RAM, 32GB of ROM, and Snapdragon 652. It’s not the most powerful CPU on the market but for a mid-ranger like this one, it does its job just fine. The battery, however, is a bit disappointing. 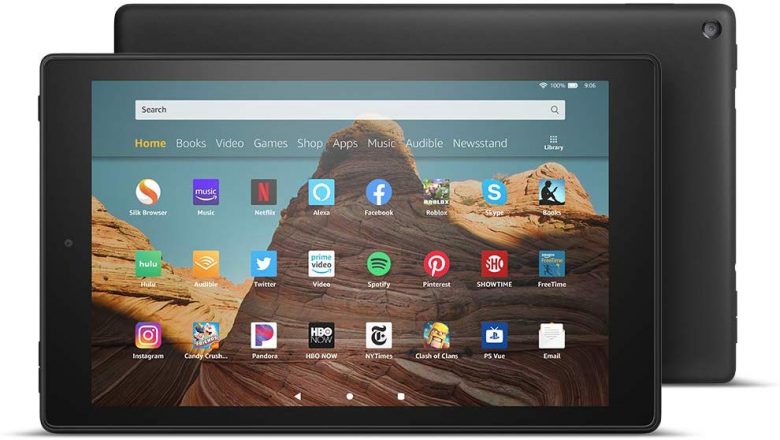 Fire HD 10 Tablet With Alexa comes with an imposing 10-inch HD display at a very affordable price, way cheaper than $300. With its 1920×1200 resolution, this display is razor-sharp and is great for enjoying multimedia. Since this tablet is made by Amazon, you get assistance from Alexa, which is one of the most popular AI assistants in the world. This tablet is great for those who love binging Netflix, HBO, Spotify, etc because the prime members get tons of TV shows, songs, and movies to enjoy. If you decide on this tablet, we suggest going for a 64GB version, as it’s the model with the most internal memory. Still, if you buy a model with a lower amount of internal storage, you can expand the memory, thanks to the MicroSD slot.

If you’re going to rely on the streaming services that we mentioned before, you don’t need to worry about memory but still, having enough space for some personal videos and music is always good. Thankfully, this tablet is great for listening to music and watching movies.

Buying a good tablet and not having to spend an entire fortune on it feels very good. Since you’ve read the whole article, you can now go ahead and make your choice. It doesn’t have to be a tablet from our list. You can always go with some of your preferred options under $300. Either way, whatever tablet from this list you buy, you won’t go wrong. These are all the best tablet manufacturers in 2019.

5 Best Compact Printers for Home in 2020

Difference Between an IT Company and a Software Company – 2020 Guide

How does Companionship of Alexa for Seniors, Google...