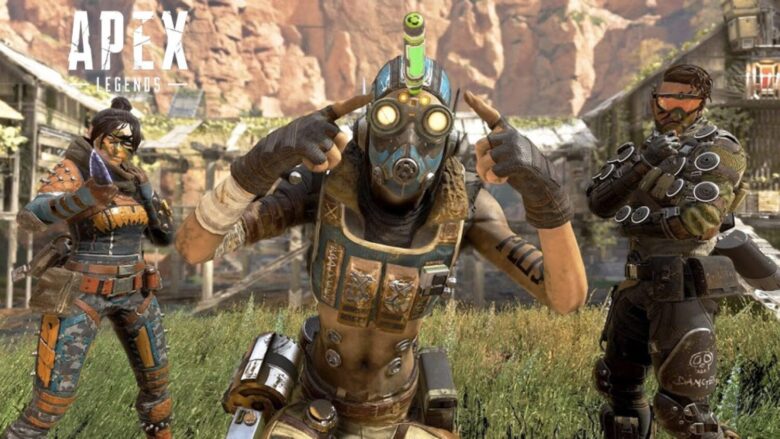 If you’re new to Apex Legends, then understanding each character’s skill, trait, and ability can be rather difficult at first.

However, after some time you’ll conclude that every character is meant to be played a certain way.

But to easily understand how, we’ve brought to you an Apex Legends characters guide that will touch on the bases of each character and explain a few key areas you need to focus on.

So, with all that said, let’s start.

Bangalore is an incredibly frustrating character to play against. Bangalore’s three abilities make her a very offensive character that can easily dodge bullets and move around the battlefield.

Thus, Bangalore should be played as an offensive damage dealer. But partly as to why she is so powerful is down to her third ability, “Rolling Thunder”, which sends a powerful airstrike onto a selected area.

Enemy teams within that area will be forced to get inside or drop dead.

Bloodhound is the character for you if intel is your game. This guy is an absolute monstrosity of a scout that can track players, see enemies through walls, and even see if anyone has looted any building.

If your play style is rather aggressive and offensive, then Bloodhound is your guy. Also, it’s very hard and difficult to cope with against Bloodhound as this is one of the best characters to oppress enemy teams and be a thorn in their eye.

Onto a character that isn’t as aggressive, or oppressive or even offensive as the other two, Caustic is a primarily trap-oriented character that is best suited for those that like to camp around the map.

This makes Caustic a very unpopular character as an enemy would have to set a trap for his abilities to be effective. However, Caustic can certainly come handy in situations where a gas grenade can turn the tides of war.

Crypto is yet another scout character like Bloodhound, but one that focuses primarily on scouting and denying abilities. Crypto has a huge set of drones that scout the battlefield and identify and target enemy locations.

There is no hiding from this guy as his drones can be anywhere on the map. Crypto isn’t a huge damage dealer but his EMP ability when connected with his drones makes him one of the most oppressive characters.

Onto the first character that can be considered as a tank, Gibraltar comes with a huge set of shields and bombs. His “riot shield” ability prevents any bullets from coming inside an area. This shield takes the form of a bubble that protects your teammates but also prevents them from shooting back.

His ultimate makes Gibraltar as one of the most frustrating characters to play against, as he sends an airstrike to a targeted location to dish out tons of damage.

Lifeline is essentially the medic in Apex. She can heal, revive, and give lots of friendly buffs that prevent her teammates from being downed.

Lifeline uses drones to heal her teammates while casting a bubble shield when reviving someone. This makes her the ultimate healer/medic to have on your team.

Mastering these characters will enable you to be a boss in ranked and rank up faster. But sometimes, boosting can give you the desired outcome when stuck in elo hell.

Mirage is a character that is best used when deployed as offensive as possible. Mirage is an intel/offensive powerhouse that can easily trick enemies into revealing their positions.

Although very popular, he is mostly used as a spy to track down enemies, reveal locations, and shoot when needed.

Octane is yet another character similar to Bangalore as his kit allows him to be very fast and very offensive. He is the perfect legend if you’re playstyle involves quickly getting in and out of situations.

Octane does have an ability that many consider poor, but sacrificing health for movement speed can come very handy in certain situations.

This guy is a very nasty offensive powerhouse that many hate playing against.

Pathfinder is the ultimate team legend that everyone should have on their side. Pathfinder is yet another nasty character that makes him very difficult to pin down and kill.

He has a grappling hook ability that can take him to higher positions and out of serious situations in no time. In addition to his great ultimate, Pathfinder is an awesome addition to your squad.

Revenant is a two-in-one character that can act as an offensive powerhouse and a support beast.

The robot comes with a set of abilities that can put to shame even the best of spies and scouts in the game. He can crouch walk much faster and can climb much higher than anyone in the game.

Add to the fact that his kit also includes devices that can deny enemy grenades and essential team fight abilities, it puts Revenant on top of the priority picking list.

Wattson is yet another trap character that puts Caustic to shame. Many players prefer Wattson over Caustic due to her kit.

Her kit includes powerful electric traps and gates that can reinforce a building and use it as a fortress. But Watsson is much more than that.

Her set also includes abilities that can completely deny the presents of any shield and ultimate.

If your play style is more defensive and camping orientated, then Wattson is the type of legend you absolutely must try.

The last character on this list, Wraith is the worst thing to play against as the legend is an embodiment of true “flanking”.

Make no mistake about it, this is an evasive legend that would suit perfectly anyone that loves to play aggressively.

Wraith comes with a kit of abilities that give her the edge when you need to use sound to your advantage. She has an ability that allows her to flank any position, and her ultimate creates a portal that allows her to go in and out of dangerous situations in no time.