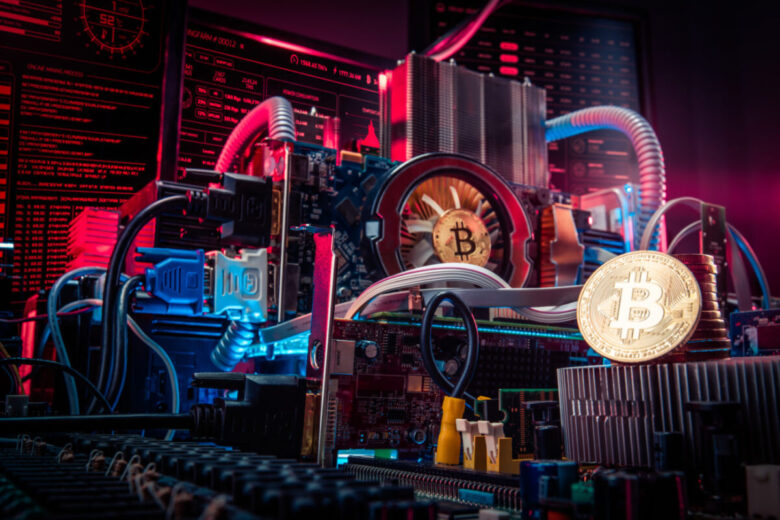 Cryptocurrency mining may seem hard to understand at first, but it’s pretty simple when you break it down. Basically, miners around the world compete with each other to “mine” blocks of cryptocurrency using three ingredients: open source crypto software, computer hardware, and electricity.

Two of these ingredients are fairly equal across all competitors. The crypto software used for mining bitcoin and altcoins is almost always free to access via GitHub. And the computer hardware is also freely accessible to anyone who has the money to spend on it.

As suggested by cryptocurrencyposters.com, the key factor in whether or not a cryptocurrency mining operation is profitable usually comes down to one thing: the cost of electricity.

This cost varies heavily based on geography. Different countries will always have different levels of access to the raw materials needed to produce electricity. If a country has an abundance of oil, gas, or hydroelectric power, it’s generally going to be great for crypto mining.

On top of this, while the electricity needed to run a crypto mining rig is important, there’s also a factor of cooling the rigs as well. Cryptocurrency miners are like any other computer in that they need to maintain a certain temperature to function. If they get too hot, hardware will fry (and an investment goes to waste). This means that countries in colder climates tend to have a leg up in the decision process.

It’s also important to keep in mind that there will always be different legislation governing pricing and taxation based on where a mining operation sets up. Certain governments will want to take a hefty cut of the net proceeds, others will simply turn a blind eye.

Because of these variables, it is essential for cryptocurrency miners to choose their location wisely.

Below, we’ll break down the 5 best countries in the world for cryptocurrency mining based on electricity pricing, climate, and governmental regulations:

Georgia is consistently ranked as one of the top countries in the world for cryptocurrency mining thanks to a combination of cheap hydropower / natural gas energy and low governmental regulations. There are 0 taxes collected from miners of cryptocurrency in this country. It’s so embedded in popular culture at the moment that one political party has even started mining crypto as a source of funding. Looking at current trends, it is reasonable to expect that crypto will continue to play an influential role in the future of this developing nation.

While other forms of electricity have gained popularity in the 21st century, there’s no doubt that oil is still King when it comes to global energy production. And Kuwait has no shortage of oil. Electricity is subsidized in this country because it happens to have an amazing 8% of the world’s oil supply. This makes it an extremely attractive destination for Bitcoin mining. The only drawback of mining in Kuwait would be dispersing the heat from cryptocurrency mining installations. However, the price of energy is so low in this country, it’s actually able to offset the price of running the 24/7 cooling needed to sustain cryptocurrency mining in a desert.

Our next country is a fine contrast to Kuwait when it comes to the geographical temperature considerations of cryptocurrency mining. Thanks to its positioning near the Arctic Circle, Iceland offers cryptocurrency prospectors a built-in advantage when it comes to dispersing the heat from their computer hardware. On top of this, the country has cheap electricity thanks to abundant geothermal and hydroelectric power plants. Government regulations are sparse, and really the only issue is that the country can be a tad expensive on the general cost-of-living side. But considering the natural beauty, you may be hard pressed to find a better country for cryptocurrency mining when all factors are considered.

If you are looking for a country that is highly developed (Canada is a top-10 country in regards to GDP) but still friendly when it comes to cryptocurrency mining, this is your clear choice. Similar to Iceland, it can offer extremely low temperatures in the northern regions. Unlike Iceland though, land is abundant in Canada so there is no shortage of potential locations to set-up shop. Energy is cheap thanks to hydroelectric power and regulations are sparse and only intended to protect cryptocurrency miners from legal issues. Canada even recently declared the Bitcoin miners were “essential” during the COVID-19 pandemic declarations. If that isn’t a great sign, we don’t know what is.

Venezuela is yet another country that could be a great choice for Bitcoin miners. This is due to their wealth of black oil, meaning that electricity as the biggest factor in the games of mining is cheap. On top of that, labor and land prices are more than competitive when compared to some other destinations. While this might sound like a paradise for people who want to invest in this industry, have in mind that this country is definitely very risky for investments. With a large number of issues with the power grid, you might find your mining rigs not working most of the time and you bleeding money.

So there you have it, the best countries in the world for setting up a cryptocurrency mining operation. While we firmly believe these countries are the best of the best, you should also keep in mind the basic formula we outlined at the beginning of this article.

The profitability and proliferation of cryptocurrency mining, when you break it down, is based on a formula taking into account the cost of electricity, availability of mining hardware, and access to open source crypto software. With this formula in mind, you should be able to assess how well suited any country in the world will be for mining. Expensive electricity and hot weather? Pass. Cheap electricity and a cool climate? You’re in a great situation.