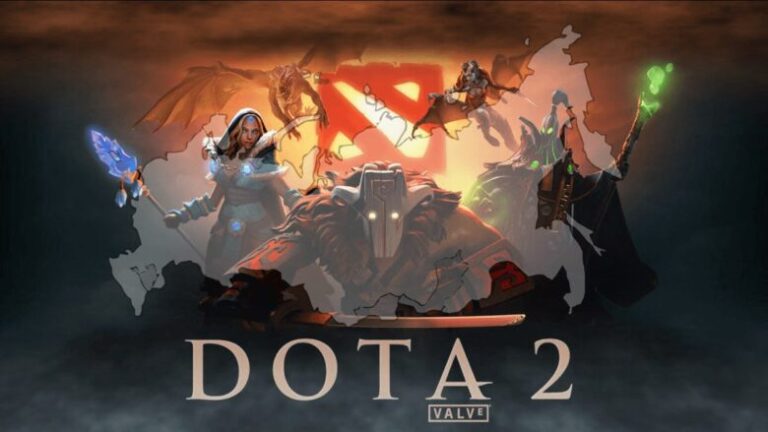 Dota2 is probably one of the most popular MOBA games out there. There isn’t a single game out there that perfectly replicates the flawless gaming experience that this beauty provides. Initially, it was just a map by the name of Dota in the game called Warcraft. Since it attracted a lot of serious attention from all over the globe, it was developed into a separate game called Dota2.

In the world of Dota2, you get to experience the ultimate arena-style battles with players from all corners of the world. The game is filled with mystical creatures, all with the unique storyline that led them into this excellent battle arena.

One of the most exciting things for Dota2 players, apart from the battles themselves, is getting their hands on various customization items in the game. From couriers to custom weathers to cool and crazy outfits and accessories for their favorite heroes, fans like to acquire every single thing that they can get their hands on.

Today, we have compiled a list of some of the best items you can get that will light up your Dota2 gaming experience.

Pudge is probably one of the most popular heroes in the world of Dota2. The feeling you get when get that perfect hook is simply the best. To feel even better, you can always get your hands on the Dragonclaw Hook.

It is said that the Dragonclaw Hook is the only remaining part of a black dragon. The ferocious creature was just no match for Pudge’s endless hunger that we are all familiar with. After consuming the deadly beast, this was what remained of the dragon’s toe.

Arcanas in the Dota2 world has always received considerable hype every time they are announced and launched. Adding to this list is the Exalted Bladeform Legacy, Juggernaut’s Arcana that was released in March 2017.

With this insane Juggernaut Arcana, Juggernaut’s mask is now split into two, and his body is filled with energies that are not from this world. The hero is no more a peaceful orange samurai; he is now covered with a cold aura around him all the time that transforms him into a fierce celestial warrior.

Having a trustworthy companion during battle is always appreciated in the Dota2 world, and Almond the Frondillo is the perfect companion for many heroes in the game, including Earthshaker, Axe, Sven, Riki, among others.

This pet has a rarity level of immortal, and it was initially a part of The International Compendium 2015. Also, if you want to have fun with this pet of yours in right HD quality and you happen to be in Austin, Texas, then we suggest you opt for Spectrum Bundles Austin, TX, for the ultimate internet solution for you in the state.

Sometimes all you need to enjoy your ongoing kill streak during a match is perfect weather. The Genuine Weather Harvest environment brings you the perfect weather for all battles, no matter what hero you have chosen to play with.

This mythical weather effect was part of The International Compendium 2015 and is still there to give you a better ambiance of the battle arena. So try out this weather effect and set the perfect mood for yourself the next time you enter the battleground.

Sven is nothing without his mighty sword in the face of action. The immortal Vigil Triumph is the ultimate sword that you should get to destroy your enemies. It is just perfect for striking fear into the hearts of your enemies as soon as they see you approaching them.

With this monstrous weapon, the Rogue Knight possesses unparalleled power that shines bright in red or blue magic all over. Without a doubt, this is the best weapon you get for the Rogue Knight in the Dota2 world.

Yet another Arcana in the Dota2 world is this great weapon for our beloved Phantom Assassin. Legend has it that the elderly smith. Crawler’s family spent eleven generations to forge this mighty sword.

Now, in the hands of Phantom Assassin, it works as the perfect weapon for making the ultimate kill blow in the madness of battle. Get a hold of this mighty sword and get your kills in the game the way they are truly meant to be.

Invoker is probably the most complex hero that you can find in Dota2. Unlike other heroes, this legendary hero has access to way more than just four spells. He uses several combinations for his three reagants, Wex, Quas, and Export, to gain access to 14 different powerful abilities.

As if all this wasn’t enough to make this hero super-cool, you can add further class to this amazing hero with the Dark Artistry Cape. This item has an immortal level of rarity and is part of the Immortal Treasure II 2016 collection. The cloak adds a mystical purple shade to the overall appearance of Invoker and also changes the atmosphere around him.

Finally, we have an item for the hero that most players start their Dota2 journey with. That’s right. We are talking about Sniper. This immortal item is part of the Immortal Treasure I 2017 collection and is here to add some flair to everyone’s favorite hero.

By equipping this item, you will be changing the overall outfit of the hero. Initially, the gear may seem a little childish, and Sniper’s enemies may not take him seriously, but the fun change of atmosphere around Sniper does not mean that at all that he has made it down a notch.

The list for acquirable items in the Dota2 world is just endless. You can get various things such as wards, couriers, hero skins, and a lot more to add the extra flair to your daily intense matches. However, make sure you have the perfect internet connection. You can contact Spectrum customer service if you want blazing-fast speeds for uninterrupted gaming sessions.