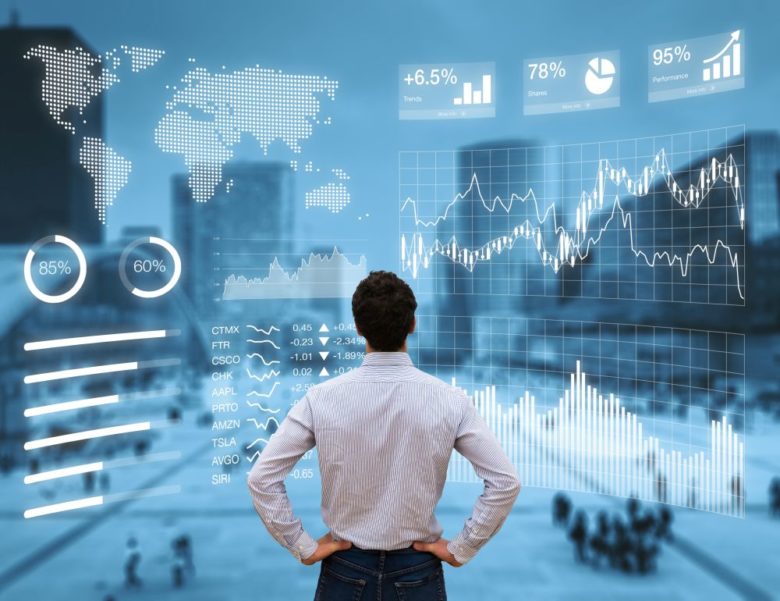 The future hasn’t played out the way many had predicted.

We’ve not seen human beings vanish from the workforce, as computers and robots step in to do all of our old jobs. In fact, it’s estimated that machines will have created about 58 million more jobs than they have replaced by the year 2023.

This has been a plot twist in the story that we thought we were living in. AI, automation, the Internet of Things (IoT) and other parts of Industry 4.0 were supposed to be (human) job killers, not job creators.

New technology is actually creating more than new jobs—it’s creating new careers. These are high-skill and high-pay jobs that the younger generation will actively seek out.

With that in mind, here are 6 careers that new technology has actually created.

The human capital in the factory and industrial sector was supposed to be absolutely devastated by new technology—more so than most other industries.

However, the automation of many crucial quality assurance tasks using technology, such as CMM, has actually helped North American factories regain their footing in the global market. They can cut costs and compete with overseas companies, while moving human employees to higher-skilled roles.

There is already a high demand for CMM technicians, operators and programmers to work with equipment made by companies like Canadian Measurement Metrology and other highly respected firms.

This career path has a very strong outlook right now, and it’s poised to get better as more companies embrace CMM and other automation technology in the Industry 4.0 world.

Like the term “big data” itself, the term “data detective” is being used as a bit of a blanket term that seems to cover nearly anything to do with a company’s data these days.

What is a data detective? Think about it this way. About 80% of all data activities are connected in some way to the gathering of data. The other 20% is the use and the study of that data to make high-level decisions.

The data detective essentially takes care of the other 80%, which is the heart and soul of the data industry. You may hear it go by other names like:

They all pretty much describe the same task: Gathering the data that the biggest companies in the world need to tap into their customers. This data is a competitive advantage.

Of course, these roles are far from limited to Fortune 500 companies or the private sector. For example, in the healthcare sector, data detectives are crucial to a healthcare center or hospital’s ability to:

Some of the job titles may include any combination of the word data and other words such as analyst, engineer or scientist.

Like Big Data, “The Cloud” is another often-ambiguous buzzword that has been in the business lexicon for a few years. At times, it seems to describe nearly anything online.

More and more companies are moving their data off-site to big data storage centers. However, just because this data is now off-site, doesn’t mean it can be out of reach.

Part of the appeal of moving to an offsite facility is centralizing your data so it’s instantly accessible. Your entire workforce needs access to it, even if you have different teams operating in different parts of the country. These clouds need to be facilitated and maintained (often from both sides) by highly-skilled cloud developers and administrators.

At the same time, more companies are switching over to SaaS tools, asking their current SaaS tools to do more, or upgrading to something better.

It’s hard to imagine that Uber wasn’t really a presence in our lives until roughly 2012.

Today, Uber has over 3.9 million drivers worldwide and has spawned dozens of clones. They have also helped revolutionize the food delivery market as well.

If you have a driver’s license and a clean record, you can become self-employed and self-sufficient without attending college, or even graduating from high school.

A few years ago, we had to constantly delete things from our phones, computers, tablets and PVRs so we could make room for more movies and music. However, streaming quickly gained a stranglehold on most media markets and now there is no turning back

But we still want our content to be curated for us. This is why streaming services like Spotify and Google Play employ countless content curators to turn their passion for culture into lucrative careers.

In 2010, social media advertising was still slightly quizzical. Even Fortune 500 companies didn’t fully understand how to monetize it or leverage it.

Now, in 2023, social media marketing is an art and a science. The art lies in creating the content that will engage your followers and grow your brand. The science deals with studying user behavior, changes to the various algorithms and managing all that data. It needs as much (or more) strategy than any other form of marketing.

Social media managers and community managers are basically in charge of the creative and the strategy that goes into a successful social media presence. These professionals have an incredible amount of career flexibility. They can join a marketing firm, or they can work directly “in-house” with a company in any sector. Or, they can also freelance or start their own company.

The popular catchphrase in dystopian sci-fi has always been “the machines will rise,” meaning they will rise up and overtake their human masters. However, the real future has seen the machines help humans rise up. They’re actually creating far more jobs than they’re taking.

So, you can stop worrying about a computer taking your job. It is far more likely to create a new one for you.