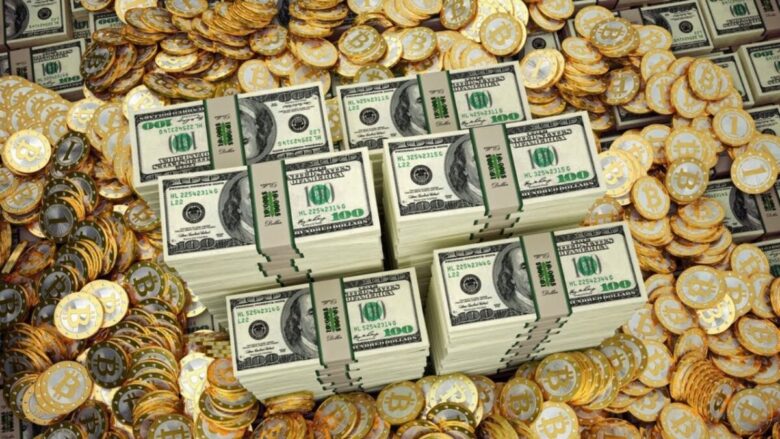 Cryptocurrencies have been booming since their inception. Bitcoin as the leading currency represents the majority of the market capitalization of the industry and other cryptocurrencies such as Ethereum or Ripple break through to the very top very quickly. There are many examples of those who, thanks to the trade in these coins, became rich and became millionaires. The great expansion that’s happening in this field has made world analysts wonder what the chances are that they will become the primary means of payment, replace cash, and take precedence over fiat money. Many predict major financial changes globally, while others don’t share that view. The whole background technology of cryptocurrency trading has been predicting the fate of that project for years, studying the chances of them taking the place of fiat money. However, they didn’t win the sympathy of world economic institutions. And while some advocate for the concept of blockchain technology, others suggest that it could lead to great harm.

Although the predictions of enthusiasts have yet to find their way to the rest of the world, there are still some signs that they could really come true. For now, we’ve some options for converting to some of the fiat currencies in order to be able to spend digital money in places where only fiat money is accepted as a legal tender.

First of all, let’s emphasize the advantages of cryptocurrency trading

The benefits for many to embark on this business and take risks are numerous. Well, let’s look at some of the most important ones.

What is great is its international character. Exchange rate differences, interest rates as well as transaction fees don’t exist and for that reason, it’s suitable for international use. Therefore, transactions are easy and simple and don’t require a complicated procedure.

A huge number of people around the planet have access to the Internet from their mobile devices or computers. They can be said to be ready for this market which makes it accessible to many.

A big advantage that traders especially like is that they aren’t obliged to leave their data when sending coins and performing transactions. This isn’t the case with physical credit cards that involve authentication. There are transaction methods that require personal information but they are generally circumvented. In this way, users are protected from identity theft.

And last but not least, thanks to blockchain technology, your coins will be managed by their network instead of the government. Decentralization is enabled and you can easily connect with other traders and users.

So, without state interference, from any part of the world, without the risk of identity theft and fees that are additionally charged, you can earn millions. Of course, all with a good previous analysis.

Why does crypto future sound good?

Not everything is as meaningless as it may seem at first glance. Great efforts have been made by developers who have worked on establishing a good cryptosystem that would eventually gain the potential to match fiat money. So, what would be the benefits of the crypto future?

First of all, it’s noteworthy to point out the impossibility of manipulation. Unlike transparent cash, which can be managed depending on the wishes of individuals, here it isn’t so possible or simple due to the unregulated and decentralized status.

Supporting the concept of universal basic income would be better and some developers have already tested this. Daily crowds in banks due to frequent transactions could be resolved, which would help consumers a lot, and companies could get rid of additional costs.

However, we also wondered what could go wrong in the case of the predicted development of events. We are certainly facing a great challenge, and it remains to be seen how the world will respond to it.

If one day comes to a scenario that traditional money loses its value and digital takes over, we must be aware that this will bring drastic changes. First of all, changes in terms of infrastructure, which will take time for the world to get used to.

At first, many companies were thrilled with blockchain technology and new coins. Over time, the desire for its use and application increased and it was widely accepted by large corporations. However, as time goes on, that list seems to be shrinking due to skepticism.

Instead of the government and national banks, the creation of coins and tokens will depend on continuous mining operations. The government won’t be able to determine how much the currency will respond to pressures coming from inside and outside.

What are the chances of cryptocurrencies replacing cash?

Experts believe that good legal regulations are simply required for the smooth functioning of such a system on a global level. Judging by the fact that the goals of many world-leading countries and smaller countries are to move in the direction of cashless companies, the acceptance of digital currencies is predicted by 2030.

The key to embracing that digital system is the satisfaction of a large number of people, according to morethanfinances.com, which is already present in the world. The first people interested in the crypto future are undoubtedly China and India, who took the whole situation so seriously that China is fascinated by the idea of ​​introducing a blockchain version of its own currency.

Still, there are some obstacles that further imply taking some key steps to make the digital project applicable on a global scale. The first step is the aforementioned legislation and the acceptance of its legitimacy by the government. Then, like any other digital project, this money will require a well-programmed financial digital system that will have strong protection against cybercrime and other risks. And third, payment transactions must be stably and functionally regulated.

Once all the conditions are met, we can talk about novelties.

Replacing cash with innovative cryptocurrencies in this modern time isn’t so impossible. By fulfilling the necessary conditions without which systemic functioning is impossible, we can reach a completely new level. But it’s quite certain that they will leave the world to face great changes that some will gladly support and accept while others will wish that traditional money would remain available to them. Until then, those who have made millions trading bitcoins are left with the option to exchange them into one of the legal fiat currencies as needed.