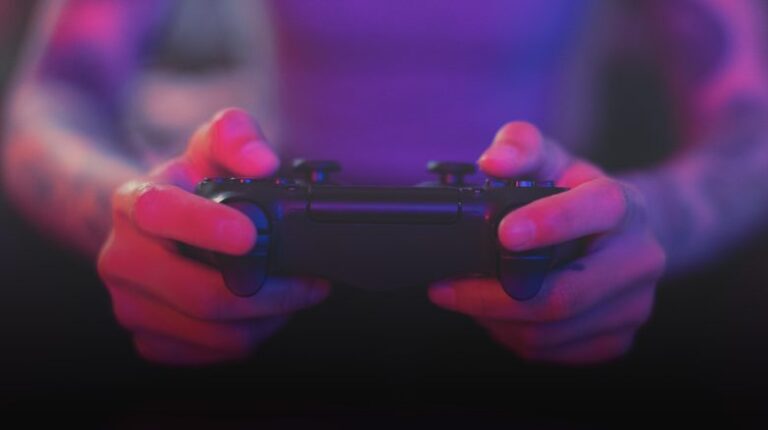 Any gamer who’s been around for more than a couple of years has undoubtedly seen their share and possibly experienced firsthand the effects of hackers. Whether it’s a DDoS attack that’s knocked out gaming servers, a hacked account, or patches that were really malware in disguise, it can seem that these threats just come with the territory.

More than 75% of gamers report worrying about their security while gaming. Worse yet, the average player has directly experienced five cyberattacks.

With the threat landscape constantly evolving and the stakes getting higher and higher, now’s the time to consider the role of cybersecurity in gaming to help protect yourself from these dangers.

Why Are Gamers Such a Popular Target?

Tied with online shopping, gamers are the number one target for cybercriminals. To start, gaming is a multi-billion-dollar business which in itself, is attractive to fraudsters.

However, with video games, you also add in all kinds of potentially lucrative things like personal data, credit card numbers, in-game purchases, and companies with relatively lax security procedures, and you get a recipe for disaster.

Let’s take a look at one of these components—in-game economies. Before cryptocurrency took the world by storm, video gamers created a valuable precursor to it.

Any account with large amounts of in-game currency or valuable items can command some seriously high prices. A cautionary tale is that of Mod Jed. Jed Sanderson was a moderator in the absolute classic game, RuneScape. Using his elevated privileges, he was able to steal 45 billion in-game coins. These had a real-world value of $100,000!

While he was fortunately caught, any gamer out there will tell you this result is the exception and not the norm. Risks like these are just one of the many things that players have to put up with daily.

Threats Escalating to the Next Level

Of course, the theft of virtual currency is bad enough. However, things get even scarier when hackers instead aim directly for player accounts.

These accounts are extremely valuable and not only for the most obvious reasons. While fraudsters are always happy to steal credit card data, it’s all the other stuff that comes with account access that they’re interested in.

For example, they can use account data to track people’s addresses and locations, gain access to their personal devices, harvest enough information to steal identities, and more.

What Types of Threats Do Gamers Face?

Gamers face similar threats that everybody else does in the online world. However, since they have much higher exposure to the impact of these threats, the likelihood of them happening is far greater.

Here are a few of the top risks gamers should watch out for:

Password reuse is incredibly high in the gaming community. Since average gamers have to manage accounts across different platforms and sometimes even specific games, they may need to remember dozens of passwords. So, it makes sense that they’d reuse passwords, but this is incredibly dangerous.

It only takes one data breach to put all of your other accounts in jeopardy, and that’s precisely what happens. While gamers and non-gamers alike are equally guilty of password recycling, the added threat is that games will do half of the cybercriminal’s job by revealing usernames. Then it’s only a matter of time before they crack your account one way or another.

Phishing campaigns are most often directed at players of the most popular games. They come in many forms. For example, hackers may set up a fake login page to get players to enter their account credentials. This happened on Steam a few years back. Or hackers may pose as a known contact and send malicious links through chat windows.

The added problem is that games create numerous attack vectors to use phishing attacks. For example, fraudsters may not take over an account entirely. Instead, they leverage enough stolen data to raid a player’s item inventory before disappearing again into cyberspace.

Malware is everywhere in the gaming world. It most often happens when gamers want to save a few bucks and download a cracked version of a game to download malware on their computers inadvertently. The same goes for cheats, power-ups, or other types of drive-by malware files.

Sometimes the gaming platform itself fails to protect players. Even if you can spot a threat from a mile away, some companies have unfortunately been negligent in keeping their gamers safe.

Two years ago, researchers discovered flaws in the Fortnite authentication process that could end up with the attackers receiving player’s login credentials. They could also steal in-game items, personal information, and even buy and sell in-game currency. Worse yet, the attack was very easy to perpetrate.

All hackers had to convince players to log in via a corrupted portal and could then do whatever they wanted with the accounts from there.

How Gamers Can Incorporate Effective Cybersecurity

The good news is that a little cybersecurity will go a long way in reducing the risk of one of these attacks from happening to you and minimizing potential damage.

Here’s a quick test to see how safe you are. Look up, “what is my IP?”.  If you see your real IP address, then that means you’re aren’t safe.

Hackers use IP addresses in all kinds of ways, from tracking internet activity to DDoS attacks. The best way to eliminate this threat is with a VPN. A VPN or virtual private network anonymizes and encrypts your internet connection, not only increasing your security on gaming platforms but everywhere else online.See more information here.

Next, it’s time to improve your password security game. All accounts must be secure with a complex, unique, and lengthy password. Rather than trying to remember all these robust new credentials, use a password manager instead. Likewise, be sure to turn two-factor authentication, biometrics, and other account security features.

Finally, learn how to spot phishing attacks. They’re not always going to be obvious. But if you have a healthy dose of skepticism and scan all files and links before clicking on them, you’ll be able to prevent 99% of them from hurting you.

We live in the golden era of gaming. Be smart and start protecting yourself with these tools and strategies now.