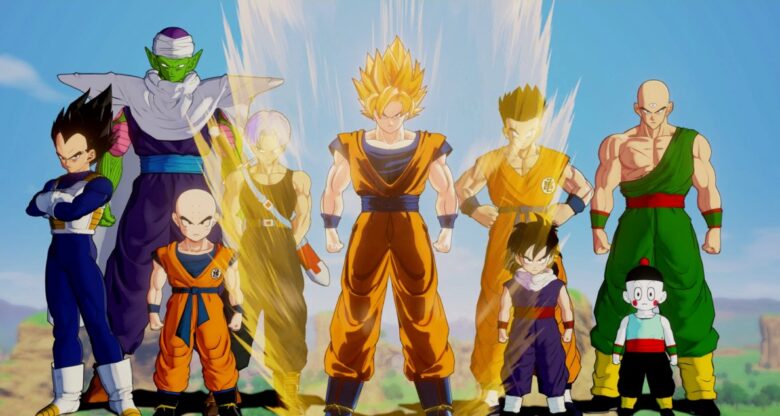 You probably heard about “Son Goku” and the term “Super Saiyan” somewhere even if you haven’t watched a single episode of Dragon Ball Z. Why? Because it is one of the first Japanese anime series that became popular not just in Asia but in the whole world.

This anime series that started in 1985 introduced Japanese manga to a whole new different audience and it invited spectators from the western regions to view and discover the Japanese animation industry. And even after it ended in 1995, it left a mark on kids (young and old) because of its memorable characters and amazing storyline.

Today, the younger generations still know about Dragon Ball Z. They might have learned about it from their parents or they might have watched past episodes from the internet but one thing is for sure — it continues and will continue to captivate new audience because it is a one of a kind, legendary series that tells a timeless story.

Dragon Ball: Not your ordinary anime

Dragon Ball was created by manga creator Akira Toriyama. It started as a Japanese comic and was later adapted into anime series.

It follows the story of a super-powerful alien named Goku who belonged to a clan of conquerors. But they’re not just conquerors of lands. They are conquerors of planets. Goku however, is kind and has a cheerful personality. It is easy for the audience to like Goku because of his seemingly innocent nature.

Goku crashed and landed on earth but he does not remember anything about it. He then met Bulma who is on the hunt for seven magical Dragon Balls. Upon learning that Goku has one dragon ball, she asked his help to find the others. It is said that once all seven dragon balls are gathered together, it can summon the eternal dragon Shenron, which in turn can make a single wish come true.

Goku originally had no intention of asking for a wish but because of his kind spirit, he decided to help Bulma on her quest. Goku, in the process, also trained to become the greatest martial artist because he desires to become strong.

Goku trained under Master Roshi while also meeting different fighters along the way. These fighters started as his rivals but later on became his allies and friends. Toriyama made sure to use each episode for character development which is amazing for an anime series.

In Dragon Ball Z, Goku was already married to his wife Chi-Chi and he already has a son named Gohan. It seemed as if everything was going well until a new threat on planet earth was introduced.

The villain Radtiz arrived on earth from the planet Saiyan. He explained that Goku was also a Saiyan named Kakarot. He was originally destined to conquer the earth but when he was a baby, he hit his head on a rock which in turn made him sweet, kind, and innocent.

It was during Dragon Ball Z that the series gained massive popularity. People from all over the world were tuned in and were anticipating the events that will happen. During this time, Japan was also making a mark with the global audience. Other main characters like Vegeta, Krillin, and Piccolo were also the main focus of the story.

While Dragon Ball Z is all about battle and winning, it remained light in nature and that’s what made it even more appealing to its audience.

The audience loved Dragon Ball Z not only because of its storyline but also because of its characters. Yes, they are aliens and strange at times but creator Toriyama made them relatable. Son Gohan for instance is a powerful Saiyan yet, he loves to play around, study, and hang out with friends. Each of the characters was grounded as well.

Master Roshi, a character that was first introduced in Dragon Ball was an interesting character as well. He was almost always perceived as funny yet intelligent when it comes to combat.

The series as a whole focused on fighting and conquering yet it has a very light, comedic tone. It is not like other anime series who focused on drama and a much more complicated storyline. Both Dragon Ball and Dragon Ball Z kept everything simple.

Dragon Ball also has a good moral lesson to share with its audience. It is not just about gaining strength and getting stronger. It is also about being kind, patient, humble, and human.

Dragon Ball for the new generation

The series was so popular in Japan during its entire run. In the United States, it was able to compete with other popular shows such as Friends and the X Files.

In 2009, as part of its 20th Anniversary celebration, the series was remastered and improved and premiered once again on Fuji TV in Japan on April 5, 2009. Its title was updated as well to Dragon Ball Z Kai with “Kai” meaning updated or improved. The series ended after two years in March of 2011.

In February of 2014, Dragon Ball Z Kai: The Final Chapters aired in Japan and concluded a year after in June of 2015. The international audience received this re-mastered version with much anticipation and praise as well.

With the revisions and licensed merchandise still being produced today such as figures, shirts, hats and more, the Dragon Ball Z hype simply just won’t go away. Creator Toriyama did not actually plan for the series to run long but it seemingly developed a life of its own. It became legendary. And legends simply won’t just go away. They last forever!

Dragon Ball also inspired many manga artists and paved the way for works such as Bleach, Naruto, and One Piece.