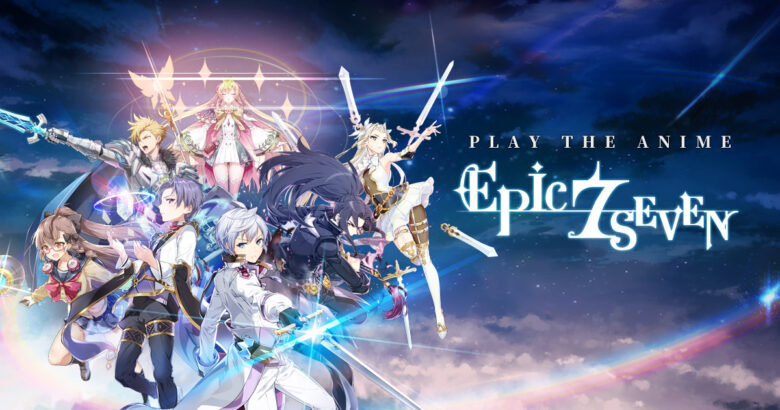 Epic seven is a top-rated anime-style free-to-play mobile role-playing game (RPG). With all the popular first-person shooter games and Battle Royale games coming out, now and then, you want to sit back and enjoy a nice RPG – going at your own pace and enjoying the elements of the game.

Epic seven promises to be exactly that as a turn-based RPG game styled around anime and a very expansive world. The game involved combat based on the characters you have and their gear. The combat animations are anything but modest or boring. Each animation is carefully designed and is bursting with the personality of the character. This makes the gameplay very immersive and fun. The story starts with Ras, and some of his friends in a world where they have to fight an enemy called the archdemon (scary, right?).

There are a variety of different characters for different types of plays. With healers, spell casters, and fighters, each with their basic and special abilities. The game also has special characters called guardians who have their own unique abilities to help your team. Even as a 2D game, you can explore the world and move around interacting with various non-playable characters (NPCs) and collect chests for you to get rewards.

All in all, it is an exciting game loaded with characters and adventure. A lot of the game plays out through dialogues and floating animations and helps build up the world you are in. All the key moments in the games and some battle scenes, however, are fully anime-styled cutscenes. The game design really pulls you into the world and gets you excited to explore and get through challenges.

There are several times in the game when you’ll be at the edge of your seat, wanting to fight the bad-guys and focus on the adventures ahead. The story-driven and action-driven narratives make you never want to let go of your device.

LDPlayer most definitely stands out as one of the best emulators to play games on your PC – especially if you are looking to download Epic Seven for free. Its versatility, optimization, and compatibility with different devices, whether low or high, make many users the first choice.

BlueStacks and LDPlayer are both known as some of the best Android Emulators you can use. It is also prevalent and has its pros and cons. BlueStacks is known for its officially supported games which means that many developers have specifically optimized their games to run well.

Memu is the 3rd best emulator on the list. It runs Epic Seven exceptionally well and is an excellent option for those who wish to play the game on a stable emulator with many features available for the user. It also is compatible with most systems and runs reasonably well on medium-spec devices.

The aforementioned emulators are good options for deciding which one to play Epic Seven on your PC. However, it all boils down to which emulator can pack the highest performance on any PC and has useful features and functionalities.

According to our expert opinion, the emulator that stands out here would be LDPlayer due to its optimization and additional features that ensure that you have a smooth experience when playing Epic Seven and truly get to enjoy your game. Feel free to try these emulators out!