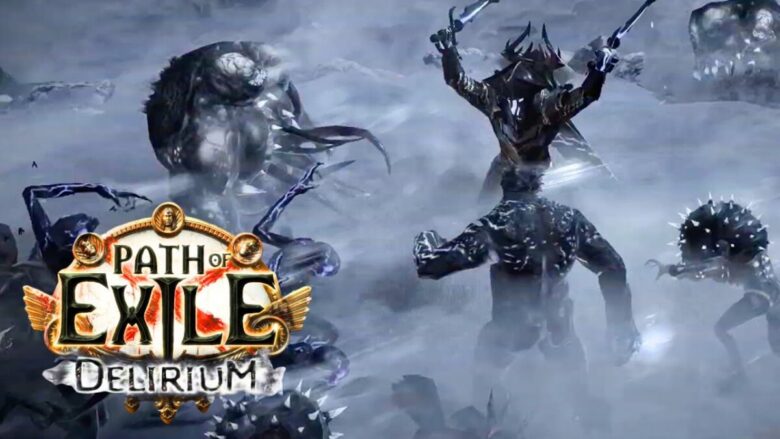 The Delirium expansion for Path of Exile is arguably one of the most exciting additions we have seen to date. With the introduction of this new content, many players will be eager to know exactly what has changed. Delirium does bring a wealth of said changes, of which we will discuss right here. So without further ado, PlayerAuctions present to you the 10 things you need to know about Path of Exile: Delirium.

One neat feature that Grinding Gear Games has introduced in the new expansion is Endgame changes. The content that had been introduced with Conquerors of the Atlas add-on had been met with scrutiny from many players due to its head-scratching decision to discourage the completion of maps.

With Delirium, there are now vendor recipes coming back that will let players farm PoE items, and effectively rework the progress made on their respective Atlas. Spawning has now also been made easier in the Atlas than it was before, and the Temple of Atzoatl has been undergoing changes with updated mechanics to suit the current state of the game.

You are going to see a lot of new content brought in with Delirium, and PoE items are no different from this rule. This expansion will bring new PoE Uniques and Divination Cards, as well as new Skill Jewels which will be discussing shortly.

Many outlets have picked up on one particular example given by the developers of the game, which is a chest plat known as Perfidy. Whilst the item has the usual increase in health stats for those who wear it, you can also use it to improve your banner skills. You are able to use two banner skills at once with this item, which will give additional time to grant to their respective planted effects. This could have a positive effect particularly if you have the relevant build.

As we mentioned earlier, we have passive skill jewels that will act as rewards for those who complete Delirium tasks. Jewels are used in sockets within the player’s skill tree which can grant added bonuses, though now we have the new passive skill jewels.

These new jewels will add more new passives for your character. What they can offer ranges anywhere from function shifting to adding extra life nodes and more. With over 280 new notables being added, there is a lot more ways for your character to experiment even further than ever before.

Given that there is a new league accompanying the new content, we have new skills to help you take it on. One particularly eye-catching skill is the Blade Blast, which you can use the Blade Cortex or Ethereal Knives in order to use it. This creates Animated Weapons, which can then be used in boss fights for a new enhanced experience.

We also have Stormbrand, which surrounds you with runes to use along with your mana to create a vast explosion. We also have a new Kinetic Bolt for Wands, and even more to be showcased in the future.

The new passive skill jewels have brought in more experimentation for the game’s passive tree, and with this it brings new notables for you to check out.

Just one example is the Hollow Palm Technique, which will give you an attack speed boost, though you will need to make sure that you haven’t got an offhand PoE item equipped for it to be fully effective. Regardless of this, it is still another feature that add to the longevity of the game, something that the developers have been keen to showcase throughout the celebrated life cycle of the popular action roleplaying game.

The new orbs, appropriately titled PoE Orbs of Delirium, have also been introduced. These will serve as rewards for players to earn within the league, which can in turn boost their maps with loot bonuses to be used to your advantage. You can used them to be altered to add more loot, and can even be used to reward PoE currency, essences, fossils and more when used on your maps, so needless to say they are going to come in very handy. You can also used them to make your map affected by Delirium permanently if you wish.

As we have just mentioned, PoE Orbs of Delirium can be used to permanently affect maps, which ties us into our next point. In the new expansion, the developers have expanded on using leagues to introduce just their own individual mechanic to make it stand out. Delirium however looks to continue the modern trend of using mechanics of the past in newer leagues.

For example, Delirium can affect instances such as the Legion league, in which armies are modified by their new surroundings, with added loot being gifted as a result.

A reset to the game’s economy give players the chance to effectively make PoE currency, whether you are a new player or a veteran. The way in which this is done is from the way in which leagues are carried out.

Since they are separate from the usual PoE League, it means that everyone who decides to join will all be on the same level, meaning nothing has been carried over. So whether you are just starting out as a new player, or you are a regular player who wants to test your skills, there is something for everyone to enjoy.

As to be expected, there is a new map with the Delirium expansion called the Simulacrum. Fans who have participated in leagues will be fully aware of the rewards on offer to them by completed these challenges, and a lot more can be expected here. The new map does offer some hefty challenges, but by overcoming them you can expect some handsome rewards for your troubles.

Finally, we will end on what is the most PoE unique thing about the new content, which are the Delirium encounters that you will face along the way. Players can expect to do battle with a number of hellish demons that have been modified for your inconvenience, and they will be some of the toughest enemies you have faced so far.

Areas are divided into zones that will be filled with beasts shrouded in fog that will prove to be an extreme challenge, though you are bound to be heavily compensated upon completion.

That’s everything you need to know about the Delirium expansion for Path of Exile so far. Even in the wake of the news of the upcoming sequel, the game’s developers are not slowing down on bringing exciting content to PoE, and highlights a bright future for the franchise.

What are your thoughts on Delirium? Let us know in the comments section below!