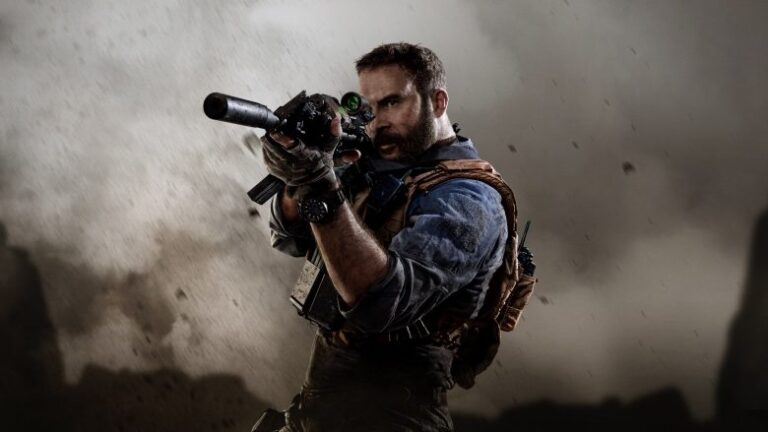 The video gaming series Call of Duty or CoD for short was first launched in 2003 and is both a first-person and third-person shooter game that has gained massive worldwide popularity since its release. The franchise consists of 16 installments that have been set in different locations and time periods, primarily World War II but later included other major events.

The newest edition to the CoD franchise came out in October of this year and has received generally positive reviews. Three days after its release, Modern Warfare made more than 600 million dollars. Both gameplay modes – the campaign and multiplayer came with many changes and the gaming was redesigned to be much more realistic and tactical as well.

Now, if you are completely new to the game, you might be wondering how it works or what you will need to do to reach the higher levels, so here are some things to know about it and a few tips that can help you improve.

The campaign offers a single-player mode and happens in Urzikstan, a fictional country created specifically for CoD. The gameplay involves realism, tactics, and making moral-based decisions. Depending on their choices, players will receive a score once they finish a certain level and rewards if they manage to score high enough.

Multiplayer has seen bigger changes and has for the first time since 2003, been optimized to support multiplayer on several different platforms. It offers players a chance to implement and utilize tactics much more and enables gamers to remove the HUD (heads-up display) thanks to a new mode coined ‘Realism’.

Perhaps the biggest changes the franchise has seen comes with the major reinvention of the CoD tech. Designing and implementing an entirely new engine enabled numerous performance enhancements like improved rendering, more detailed and higher quality environments, and much more. The technology is now much less reliant on specific platform features because the developers wanted to rely on highly scalable technology, focusing on quality engineering, algorithms, and hardware insight.

The narrative is also different compared to past releases since all depictions of conflict within the campaign mode are based on current events. The campaign dialogues will also vary based on the morally-complex choices players will have to make. Since the developers wanted to create stories that are provocative, yet touching, several consultants from a variety of countries were hired to avoid it being told insensitively.

Useful Tips To Help You Up Your Game

Since this new version favors tactical approaches to combat, control your movements by minimizing them and being aware of your surroundings. Laying off the sprint whenever you can, will do wonders since running is very noisy and will more often than not give up your position. Slow down your movement and be very cautious when turning corners or going to locations with a lot of enemies. Remember, do not sprint unless you really have to.

When playing multiplayer, communication is one of the most important things when it comes to winning. The biggest and best players probably work with and rely on their teammates and you should do that as well.

Assembling a great team will also go a long way since being carried by skillful players can give you more experience but also help you level up faster. This is important since gaining experience for your operator and weapons will also allow you increased loadout customization. You can click here if you are interested in learning more about ranks, as well as the CoD MW rank boost.

Always be aware of the advantages and disadvantages of your weapons and loadout (the objects you carry with you into battle). Since you can now alter your loadout during a game, utilize this option whenever you need to. Do not be hesitate to play around with each weapon’s attachments but always try to achieve a good balance during customization. Combining the wrong things can often be detrimental, so choose wisely.

Due to the game’s tactical nature, running around looking for kills will do you more harm than good. Control marked areas on the map and earn your team points by sticking to the objective. This can actually help you garner a higher number of kills as well, so be smart with your gameplay and you will be able to level up much faster.

Aiming and doing it accurately is one of the most important things you can do, especially because of quick kill times. Getting into the habit of always utilizing your sight and keeping it at a headshot level will not only decrease deaths but also help stack up kills. Instead of aimlessly shooting, putting this method into practice will surely make you more lethal but also give you an advantage over other players.

There is no such thing as being too careful, so always be aware of your surroundings and do not simply run around the map aimlessly. Move slowly and stay alert when going to a new area to avoid getting ambushed and outsmarted by other players.

Having knowledge and understanding of the game and the mechanics is quite important no matter if you are a newbie or a veteran. You should read up and study basic things such as movement and maps, but also the more complicated ones such as tactics. There is a lot of information available online, so think about reading blogs or going through posts on various forums to up your game.

The latest installment in the CoD series has been the most successful one and has broken many records as well. The changes introduced to players made the game much more relevant, relatable, and realistic. Hopefully, the tips provided above will come in handy and help you become a true CoD Modern Warfare master in little to no time. Just always remember that gaming is supposed to be fun, no matter how serious you are about it.