Science and technology has paved the way for human progress, leading to a safe and easy life we now live as compared to our prehistoric ancestors. However, learning about it in the classroom just doesn’t cut it for most students.

Fortunately, museums have taken the initiative to make science and technology more fun and engaging for the new generation. Here are five of the top science and technology-based tourist attractions in the U.S. to get you started. You can visit TouristSecrets for more United States destinations. 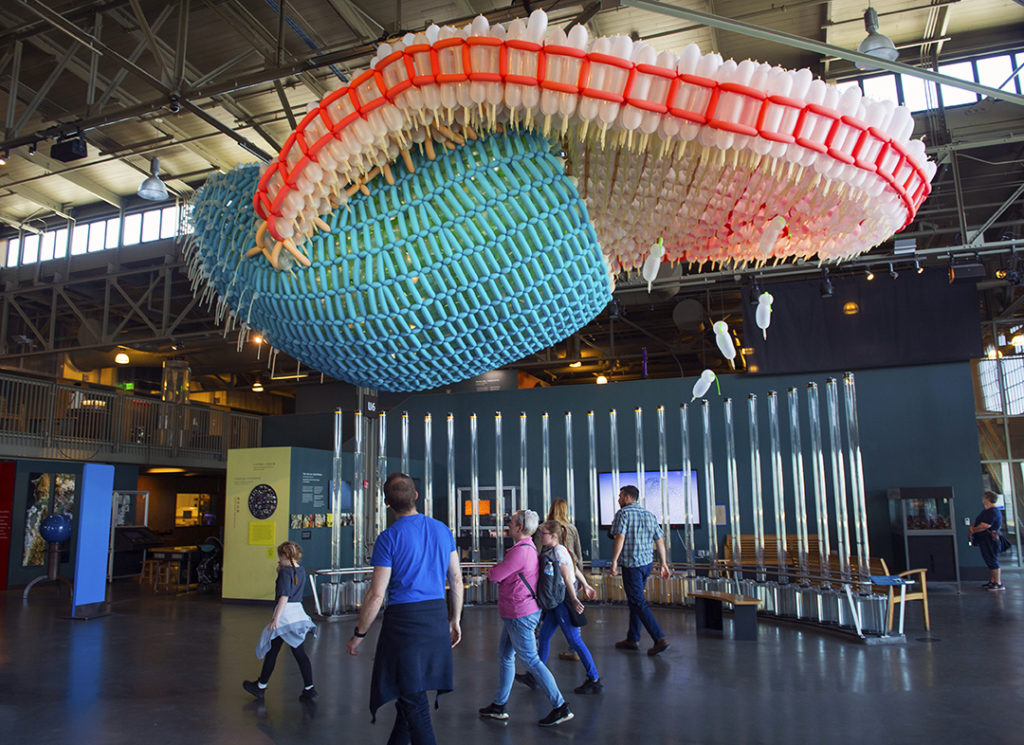 The Exploration makes combines fun and learning in hundreds of its interactive exhibits divided into six galleries.  It was founded by famous physicist and educator, Frank Friedman Oppenheimer back in 1969 with the intention of transforming its visitors’ learning experiences by making inquiries.

Among the galleries to visit and enjoy is the Osher West Gallery which focuses on Human Behavior. Both the signage and exhibits in this part of the museum encourages visitors to play around and assess their experiences based on their effects on thought, behavior, and memory. Some exhibits here are based on notable thought experiments such as the Trust Fountain, based on the Prisoner’s dilemma, and the Tactile Dome, a pitch-black dome explored mostly by touch.

Other areas of The Exploratorium include the South Gallery, Tinkering, where learning is encouraged through hands-on activities such as a do-it-yourself stop motion animation film. The Bechtel Central Gallery focused on Seeing and Listening, houses some of the first exhibits from when the museum was first opened. Most interactive displays in this section apply physics to display effects on how we observe color, light, and sound.

The San Francisco Exploratorium is open from Tuesday to Sunday from 10 in the morning up until 5 in the afternoon. 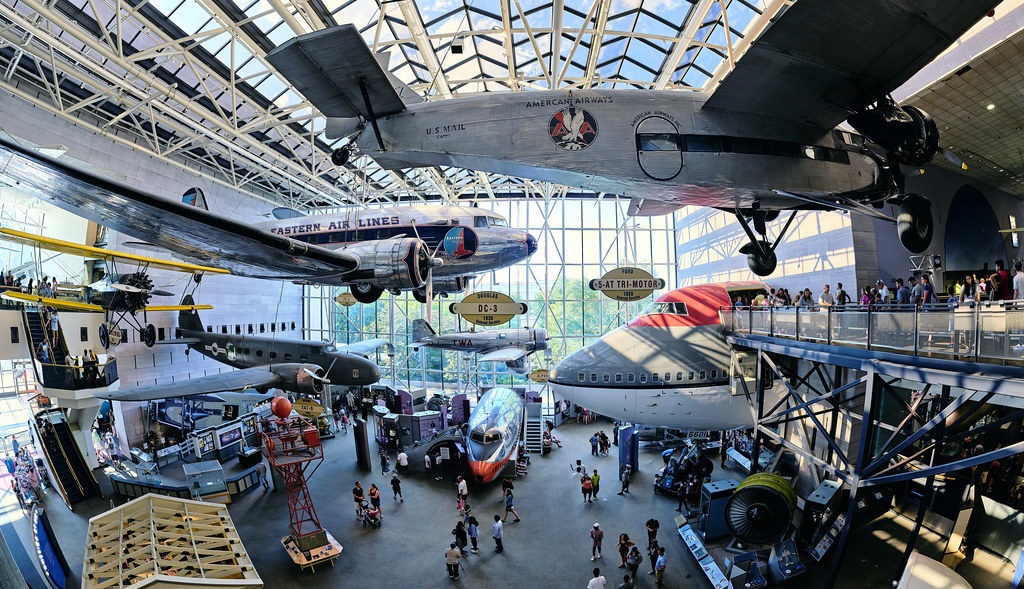 Located within Washington D.C’s Smithsonian Institution, the National Air and Space Museum is the second most visited museum in the United States, and fifth in the world. The museum houses the Apollo 11 command module, part of the project which first landed mankind on the surface of the moon.

Also available is the historic monoplane The Spirit of St. Louis, once flown by Charles Lindbergh in the first recorded transatlantic flight from Long Island to Paris, France. Another is the Bell X-1, noted as the first aircraft to successfully break the sound barrier and even a model of the starship Enterprise, from the science fiction series Star Trek.

Also, the museum serves as a center for planetary science and geology. In fact, a sample of the moon rock is put on display for visitors to observe and even touch. In 2009, the Phoebe Waterman Haas Public Observatory was opened and displays some of the latest and high-end space observation equipment such as the Sun Gun telescope and the 16-inch Boller & Chivens telescope. 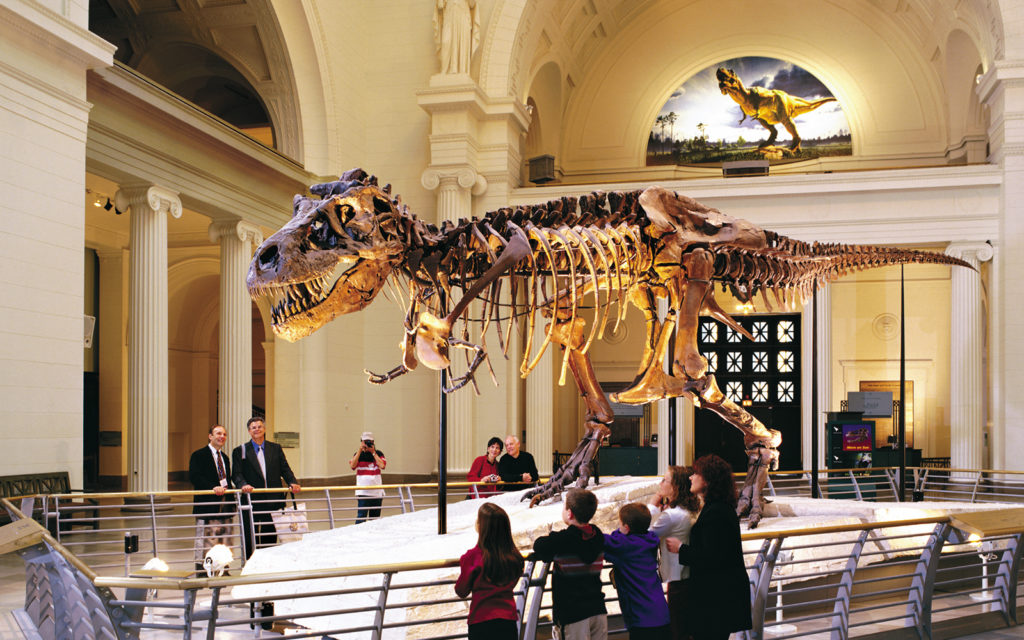 This museum in Boston caters to children by making learning about the different sciences fun and easy with the help of its hands-on activities. The Discovery Center is a perfect learning getaway designed for children below eight as well as their guardians. Knowledgeable guides demonstrate and teach with real objects and explain in a way that even kids would understand.

As soon as you enter the Boston MoS, a 27-foot tall audio kinetic sculpture by George Rhoads will meet you. Known as the Archimedean Excogitation, watch with delight as the large Rube Goldberg machine goes on and on, moving objects in a complex yet precisely designed network of balls, gears, tubes and chutes, as well as pulleys and levers. Kids can also play at being paleontologists at the dinosaur exhibits. With full-scale models of a T-Rex and a Triceratops, children will definitely be amazed at the staggering size of these displays together with a variety of fossils including bones, footprints, and even dinosaur excrements.

Also, the world’s largest Van de Graaf generator is bound to welcome all visitors of the Theater of Electricity, at the MoS’ Blue Wing. Watch as the generated lightning shoot out and crawl through the edges of the glass sphere. Be warned though, the generator comes with loud rumblings and sudden flashes which might scare the little ones as well as those with certain sensitivities to light and sound. 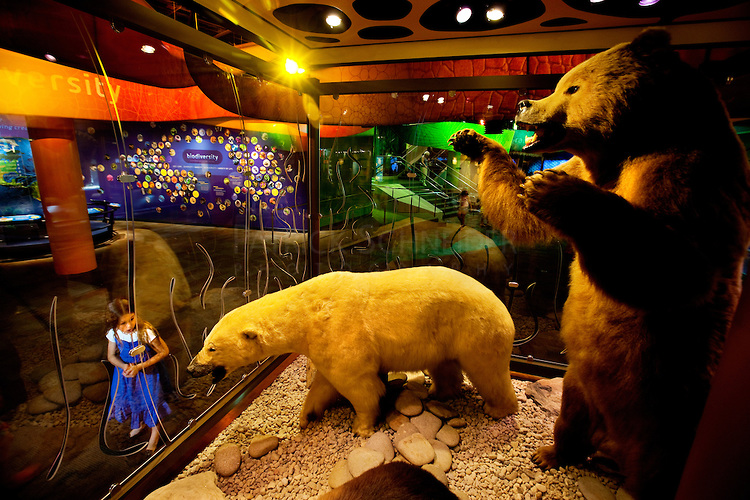 Located in the Uptown part of Charlotte, North Carolina, Discovery Place aims to bring the fun and importance of learning science and technology to the Carolinas and to the rest of the States. A huge IMAX Dome Theater is among the most visited parts of the place, showing an immersive experience.

Kids can gain firsthand experience and learn on biodiversity at the Explore More Life Lab or get updated on the current trends in news in science with multimedia displays at the Science Buzz section. Also, for a short yet challenging experience in design and engineering, check out Project Build where you get to plan, design and illustrated, and generate floor plans for buildings.

There is also an offsite facility in neighboring Huntersville, called Discovery Place Kids, designed for very young visitors. The venue was set up in an effort to expand the reach of the museum and allow more people, especially those from the suburbs, to enjoy and learn. 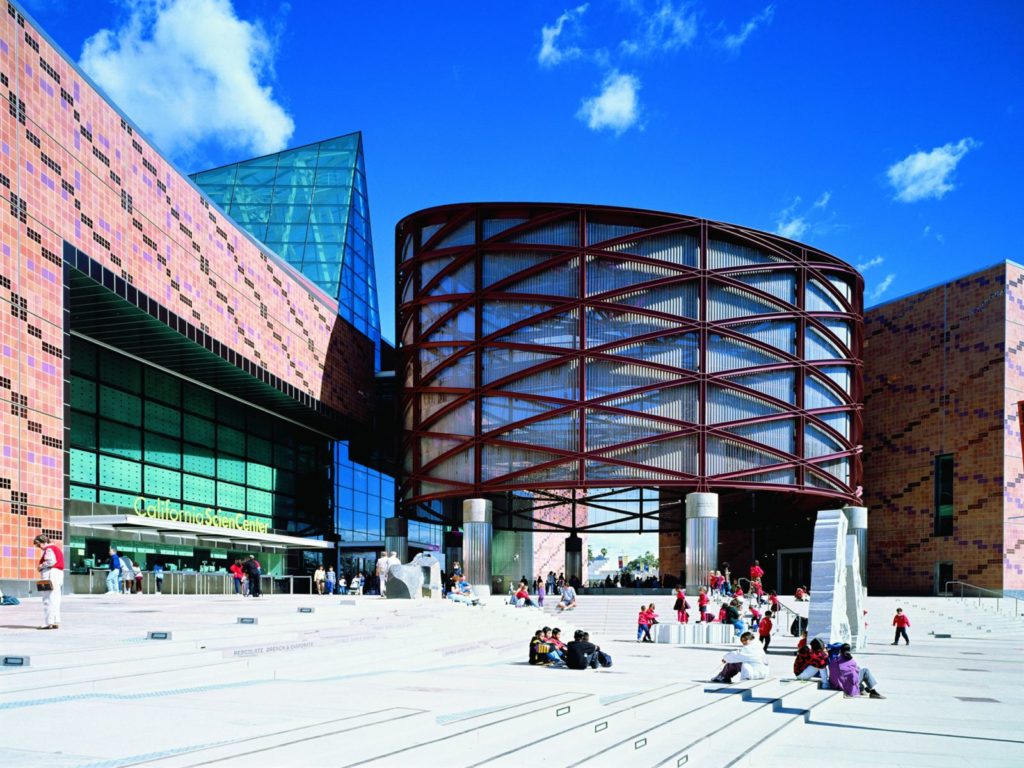 One of the reasons why this museum is always filled with people is that admissions are free, at least for the permanent exhibits. Immerse yourself in nature at the two-story, 45,000-square-foot Ecosystem divided into a desert area, a polar region, as well as running rivers, lakes. Watch the variety of flora and fauna even at the deep sea and even urban areas where humans live.

Have fun at the Creative World – an area dedicated to giving visitors a hands-on experience. Most exhibits require interaction and covers a variety of fields such as energy, transportation, and construction. Go and compare the similarities and differences between different organisms in the world of life – from habitats to diet, down to the body parts and internal organs.

A space exhibit is also present at the California Science Center, housing important historical and technological artifacts such as the Mercury-Redstone 2 spacecraft which carried the first hominid, a chimp, into space. The command module of the Apollo-Soyuz Test Project and a capsule from the Gemini 11 are also available.

Countries Where Bitcoin is Banned or Legal in 2021

Preparing for a Robotic Future – 2021 Guide