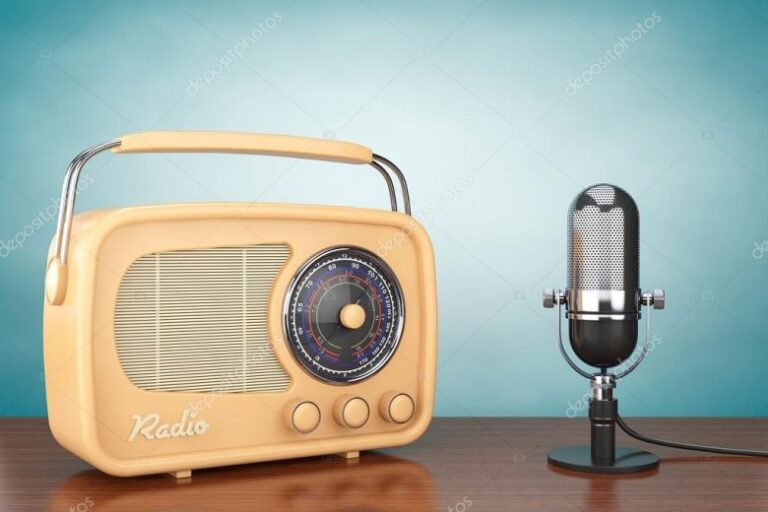 Despite the major crisis affecting the radio industry in the world, some radio stations have managed to overcome the crisis painlessly. Some of them have even recognized the opportunities of the Internet as a modern source of earnings and influence.

Did the internet kill the radio star?

In the era of this new media – all the employees in the traditional media were trembling fearfully, and it turned out to be justified. It can be said that in some way, the internet has caused damage to the press and television, but it didn’t have so much influence on the radio. It did not decline in hearing, nor the percentage of money invested in radio within the overall marketing cake.

The first thing where the Internet has seriously helped the radio stations in the last few years is reaching new, primarily younger audience. At the same time it made this mystical medium far more visible, and those a little more serious, who held up the news program as an important component of radio, also managed to increase their revenues.

However, despite all the benefits of splitting these two media, there are still far more radio stations present on the Internet just to show their “ID”.

Without counting large-scale radio and television systems, most national and local radio stations used the benefits of the Internet to create more or less similar websites. However, some decided to invest larger money amounts for slightly more serious websites. Those are primarily successful commercial stations. They usually go for classic content that represents what they are doing in the ether, with certain additions, of course.

As you can see on radio websites like Chillout Radio, such content is mostly light, non-burdening and, above all, very interesting for a wider audience. They have mainly oriented to entertainment and the kind of music played on that radio.

Therefore, such and similar websites are dominated by content from the program scheme with inevitably various actions and sweepstakes, top lists, the ability to listen to various playlists, possibly some photo galleries or news from the domain of entertainment.

Live listening is the default, of course. Surely, the most important point in the whole story is that the audience is increasingly on the Internet and today many listen to radio exclusively through the global network, whether directly on the site or through the app.

Research Agencies And Their Role In Online Radio Business

Listening research agencies have recently included radio listening online as relevant information. That’s why every now and then the more serious stations have their own web pages and provide the ability to listen via streaming. Nevertheless, these stations pay much more attention to social networks, where their audience is present.

Thus, some radio stations allegedly have millions of fans. These are huge numbers and it is questionable how realistic and useful such data is if these fans are not present in listening researches. And there are not on the website either, though it should be – if the audience is directed properly.

The fact is that these forms do not have the extra element – and that is the profit in another medium when it already exists. Simply, they do not have enough content that is of interest to the audience to reach it daily. And when a website does not have a visit, then the advertiser has no reason to advertise there.

Some stations have been able to put a little more effort and commercialize content on the Internet by being very active in announcing news and animating audiences in actions of interest to the local community. Some have gone one step further. So there is the case of a radio station that made some combination of news and radio portal. Of course, as such – it has a good visit and therefore plenty of commercials. Some stations have gone even further than that,  and the examples are different.

One well-known radio station from Europe launched a powerful news portal, which has reached a large audience in a very short time. As a result, it “blew extra wind in the back of the radio” which received good publicity on the site and was greatly expanded by social networks. However, investment on the Internet did not return, so the owner soon decided to turn the copyrighted site into a site that publishes the news of others. A smart choice! He still has great website traffic and solid advertising revenue but at a much lower cost.

On the other hand, there are such radio stations that are very successful examples of stations that have preserved the impact they had in earlier periods. They succeeded in that because they recognized the power of the Internet on time. They did not pay much attention to presenting radio content. Instead, they turned their greatest strength, the editorial staff, to internet journalism. There are many such stations today that are highly visited and influential local news portals. So, they used the power of the internet, which paid off because they made great revenues from online content.

Do You Still Want To Start An Internet Radio Station?

Okay. Things are getting little more complicated here. The radio, as we all know it, whether it is FM or the web radio – is playing music. However, music is not free. Radio also has continuous monthly charges, and the only difference between FM and web radio is the way that content is delivered. Therefore, we will stick to the point that is always important – a clear business plan for starting a radio station.

Before launching a web radio, you need to map the market or do research on what kind of radio that market needs. Then, you will get the answers to numerous questions, such as competition, where is the space for your radio, what should it look like and what should you do? All this is necessary to get you ready for a market match.

The price of this is very high at first glance, but you should view it as an investment, not an unnecessary expense. You will get the gold worth results. Many radio stations in the world research on this topic. This means that they “scan” both themselves and the competition, and therefore maintain their good positions. That way you will get an answer to the question on what format your future radio station should implement.

Radio and the Internet today are two closely related media and should by no means be separated. The question is only what is the ultimate goal of station management, and on this basis, the concept can be easily determined.