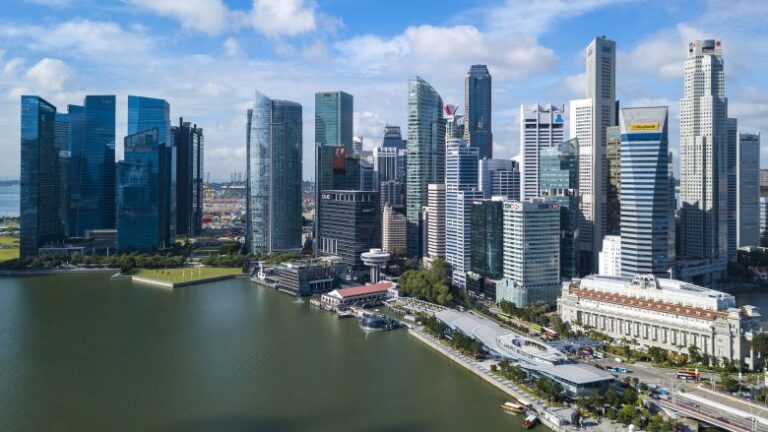 The city-state of Singapore has accomplished something not a lot of other countries have, and established itself as one of the leaders in technology. They have become a genuine technological hub in the continent of Asia, as well as a favored destination for both upcoming and top firms who are looking to branch out into the growing markets. According to the EDB (Singapore’s Economic Development Board), 80 out of the top 100 tech firms in the world now have some sort of operations in the city-state, and they are all constantly increasing their investments and profits. On the 2017 Bloomberg Innovation Index, Singapore is ranked as number 6 in the world, ahead of Japan and USA, while China is 21st.

Singapore is conveniently located in the heart of the Asian continent. Their infrastructure connects far ends of every corner of Earth, and it webs around both the East and West. Chinese cities are most connected to Singapore, and only then to New York and Sydney. Singapore has a strong presence among the complex value chains because the institutions in the city promote transparent and consistent law, while the policymakers earn the trust of the biggest world businesses, as well as foreign governments. Singapore governmental institutions are more and more engaged in the open-sourced and mutually beneficial public and private partnerships, and the state invites many different foreign firms to participate in their projects, experiments, and new ideas.

The Cyber Security Act by China that appeared in 2017 requires all of the foreign firms to store their data on locally based servers. This gives all of the data to the bureaucrats in China to access. Singapore of course does not do things like that and offers no such constraints. Instead, they are the driving force behind the Australia Digital Trade Frameworks Initiative, a movement that wants to introduce formal legal frameworks and set standards for ecommerce, digital money, IP security, and data transfer and management. The current National Trade Platform in Singapore already provides the high-end prototype for connected businesses. It links exporters, importers, banks, logistics providers, customs, shipping agents, and all of the other stakeholders in a transparent and open-sourced system that benefits all. Because of these practices, everyone trusts the state and wants to do business and branch through what they offer.

The labor pool of the city-state is one of the most tech-savvy in the world, which in the modern world means a lot . The government invested around $19 billion in the Research, Innovation and Enterprise 2023 Plan (RIE), an initiative that focuses on the advanced manufacturing and engineering in all regions of technology, digital economy and services, health, biomedical science, urbanization, and sustainable energy solutions. All of these efforts offer tons of collaborative networks and collaboration opportunities with countries and companies in all corners of the globe. Singapore’s universities are also among the leaders in all fields, which means the young people are well equipped for their future careers. Furthermore, the rapidly amount of startup companies, business incubators, and venture capitalism also encourages everyone to come to the city. Last but not least, top legal, advisory, accountancy, and IT firms make up a community of high capacity and a bright future.

Singapore is not all work and no fun however. They also offer some of the biggest lottery games in the world. To learn more about this, head on over to http://pengeluaransgpdwlive.com/.