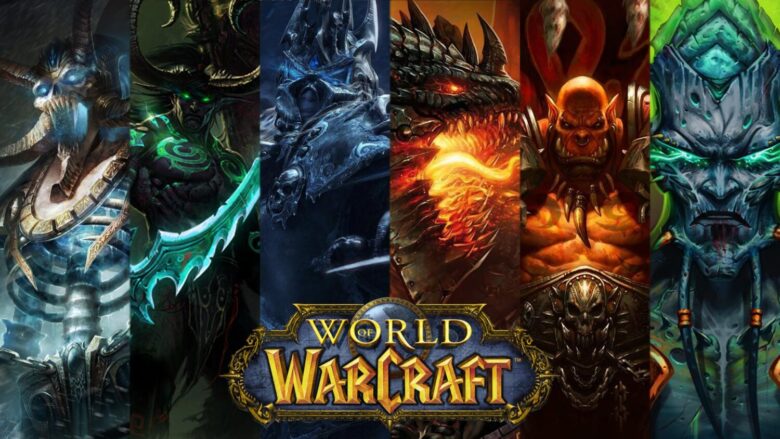 World of Warcraft is a very popular MMORPG video game, and according to a lot of people, it’s the game that made this genre what it is today. Developed by Blizzard Entertainment, WoW is a world-famous title that offers you an unforgettable experience if you give it a chance.

Even if you are not a gamer, chances are that you’ve already heard a few things about this game, and most of them are probably stories of people who got really addicted to it. Whether those stories are true or not, we can’t really say for sure, but one thing is for certain, World of Warcraft offers you hours and hours of exciting content.

In today’s article we’re going to talk about some of the best ways to get your World of Warcraft character to the highest possible level. If you’re wondering why you should level up to the max, it’s because more than half of the game actually begins when you reach maximum level, so if you really want to experience the game’s content like you should, it is not really wise to stop before reaching the “endgame”.

What is a “character”?

When you first open up World of Warcraft, you will be greeted by a character-creation screen. Here, you will be able to create your first hero, and you can start by choosing the following things in the exact same order. You’ll need to choose a faction, The Horde or The Alliance, the race of which your character will be, the class, and finally the name.

Be careful not to choose something that you won’t enjoy playing, simply because you can’t change your class later on, and you’ll have to make a completely new character if you don’t like your current one. The same thing goes for changing your faction, although you can pay for a faction change later on when you reach maximum level. So, enough of that, and let’s take a look at the interesting things that come next.

How do I level up?

The first thing that you’ll notice upon entering the game is that you have an “experience bar” on the bottom center of your screen. The experience bar fills up every time you do something useful, such as finishing a quest, exploring a new area or killing an enemy creature. In the vanilla version of WoW, there are just 60 levels, but as the expansions rolled out, this increased to twice as much, and now the maximum level in Battle for Azeroth is 120.

With every level that you get in WoW, something new unlocks for your character. You always get a skill point that you can use in order to learn a new spell or ability, and your stats increase, meaning that your character becomes stronger in general. Some items in the game will not be available to you until you reach a certain level, so if you ever find a nice-looking sword with some pretty amazing stats, you won’t be able to equip it if it requires you to be a higher level than what you are right now. And you if you want to advance quickly, Boosthive suggests using wow power leveling boosts.

World of Warcraft is not a very easy game to play, and it definitely requires some time in order for you to learn how things work. The classic version of WoW is especially hard for beginners because the user interface and the quest-system are not very user-friendly.

You need to think of everything on your own, and you don’t have anything to guide you. Still, it’s a shame to miss out playing such a wonderful game, so if you are having any difficulties, you can consider getting a WoW Classic Carry and WoW Classic Boosting, so visit this website.

Of course, you’re able to do things on your own as well, but it will take you a lot more time. Here are some of the best ways that you can level up.

Although slaying monsters grants you some XP as well, it’s not really the most efficient way of leveling up your character. Besides, not every class in the game can “grind” by killing mobs as effectively, so unless you’re a mage or a hunter, you’ll have a bit of a hard time doing this.

Quests however, are a great choice when it comes to earning experience points. In WoW, you will find tons of different quests, and all of them will require you to do something different than the previous one.

Running out of quests is almost impossible, because the story-writers and quest-designers in this game really spent a lot of time creating these, so don’t worry about it. As long as you’re finishing all of the quests in the area suitable for your level, you’ll be good to go.

Group up for dungeons

Another very interesting concept in this game is the dungeon-finder. Dungeons are basically separate places of the map that you can only access with a group, and the enemies inside are a lot stronger than the regular ones you find out in the world.

Although you can’t really clear dungeons alone, it’s always a great idea to invite a few friends and do them together. Some dungeons will even have a couple of quests that you can do while you’re finishing the run, and the boss-fights drop amazing loot that you can pick up and gear your character with.

Most raids in this game require you to be maximum level in order to do them, but you can still do some of the older ones as you are progressing through the expansions. Quests for epic boss fights such as slaying the Lich King or Illidan Stormrage will be very rewarding, so make sure to do those even if you are currently in an expansion that’s way past that.

When you’re questing, try to complete as many quests as you can in the same area before returning them for a reward. This will save you some time and you’ll level up a lot quicker compared to constantly running back and forth after every quest that you finish.