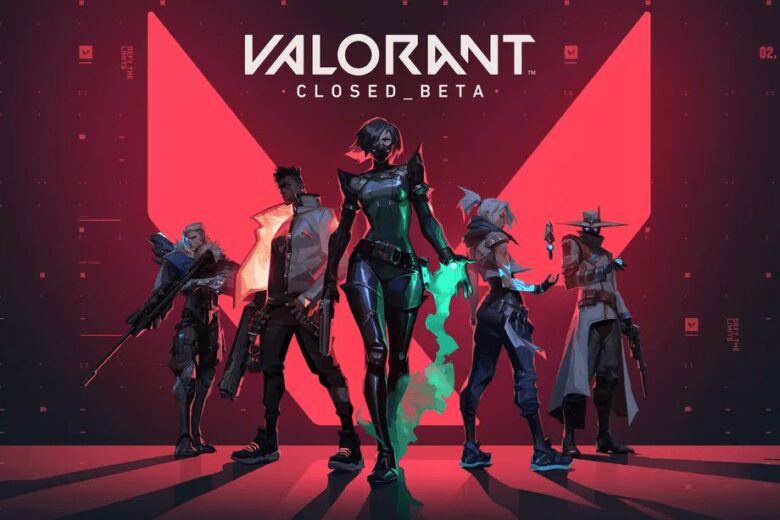 Valorant is one of the freshest products of the Riot Games’ company that already has created a huge influence on the global gaming community even before the game officially released. The first mention of this game was on the Twitch. Many players were watching the first stream on that platform for several hours to win a key for the beta-access and try the game on their own. So, now when everybody can try the game, let’s answer the question “Is the hype for Valorant justified?”. If you think that now, such worldwide popular games as CS: GO or Overwatch will get forgotten, you are certainly wrong. Although, Valorant will reduce the number of purchases for some other FPS games.

This work is an interesting mix of some others: gameplay from CS: GO, the main design idea is familiar to R6 and some details for characters’ design are taken from Overwatch + some cartoons. So, any of the higher-mentioned games will not lose its popularity or fans. Valorant is enough independent, attractive, and in some way unique game that deserves its own fanbase. It has some gaming problems with the unfinished maps’ part in multiplayer or bugs, which is pretty usual for games in beta. The gaming process itself is smooth and satisfying. All your bullets going exactly to the place you were shooting at. The graphics and all the animations are bright and clear.

However, it’s pretty easy for players to understand what’s going on in the game but there are some tiny problems with the sound. Not always is clear from which side sounds\noises are coming from. That may be a problem before the actual release. 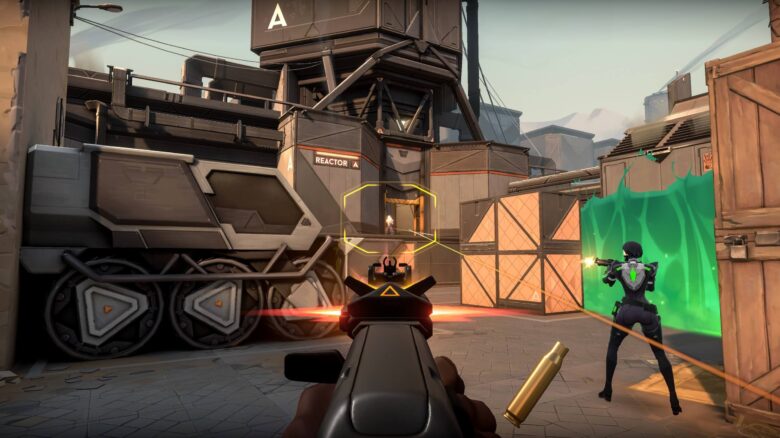 The choice of weapon in the game is fantastic! So many different kinds for a wide spectrum of prices. Sometimes, even difficult to pick any, so many players check the weapons’ statistics on Valorant Tracker. Unfortunately, some of them are really overpriced. The variety of pistols and their designs can not but rejoice. Their gunshot power is enough for playing “cheap rounds” – when you spend the very minimum of money, to save up the necessary sum for the full arming for the next round. Moreover, playing with the only pistols in your hands will rise your playing skills.

Many agents aren’t equal for the strength of their skills and powers, but of course, that can be changed in the future for several times, because the game is way too new. For example, agents Sage and Raze are a real pain if you play against them.

Sage can heal other players as well. She has a Healing Orb ability that doesn’t have to be bought, can be used every 30 seconds. Just imagine the situation when you spend an enormous amount of bullets and time to damage somebody but then Sage just healing him. Pretty annoying, isn’t it? Moreover, her ultimate ability allows her to resurrect just killed players with the full health bar. But this skill costs 7 ult points, which makes this ability basically the most expensive in the Valorant.

The Barrier Orb creates a massive wall that is incredibly difficult to destroy, almost impossible if you have an only pistol (playing a cheap round). Add here the Slow Orb skill (slowing down players. Kind of obvious, isn’t it?) she also has, and you will get one of the most annoying characters to play against in the game. Fans of Valorant have a few ideas which they think are important for the game, such as: make Ressurection skill more expensive, change the recharge skills time and price (especially Healing Orb), etc.

There is a possible idea of making a second healer agent, inspired by the Sage, which has its own advantages and disadvantages. On the one hand, it will make chances equal for both teams with healers, but on another hand will add more disbalance, if one team will decide to have two healers. Fortunately, developers haven’t thought of that idea yet, so we all can sleep well.

Raze is the quite opposite – her skills themselves aren’t as dangerous as the killing potential. Her Boom Bot isn’t a real problem. Yes, it causes huge damage but at the same time, it is very loud and slow, bumping into the walls, which is making him easy to find and destroy. However, her other ability is all about cluster grenade, that kills players instantly. Although, professional players and developers have said that Paint Shells will not be a problem just after players will learn how to deal with it as a team.

You will never be able to escape death by a grenade if you are under the slowing down ability. To die due to grenade in Valorant is pretty easy, unlike in the CS: GO, where the grenade has to be thrown just into your chest. The main problem with that agent is her ultimate ability. By the cost of 6 ult points, she can arm herself with the rocket launcher and start the hunting. Each character in the game has a special phrase they say when before the activating ultimate skill, so it’s not a big deal to hear when she is using it. She combines usually Blast Packs for instant moving (usually up) and then shooting to every opponent she sees. These situations pissing off as badly as Sage’s do.

After all, we shall not forget that the game is in beta-testing right now. Both of these characters can easily destroy your entire team if your and your teammates won’t play together. They were meant to be broken from the very beginning. Maybe, one day, when we will understand them it won’t be that complicated to fight Roze, for example. Until that day, it still will disappoint us x2 when we die due to her abilities.

Will this game become a new esports competition? Does it have any chances?

It is a free-to-play game with fun gameplay and rewards, ran by the company which has a huge experience in that. They ran League of Legends in 2010 and support it even nowadays.

We will see by the start of that game. Will the Riot Games successfully release Valorant without any troubles or not. If they will do so, no problems are making it a new esports and the unique game in the FPS genre.