Legal Requirements for Critical Care Workers in the UK – 2020 Guide

The Coronavirus brought many changes with it, with most of the people in the UK not used to them, nor did they know how to adapt. The country went through a national lockdown to reduce the spread of the virus. Furthermore, this meant that a lot of people working at different companies and businesses were meeting their targets and deadlines from home. Remote working started picking up as a trend, and while many companies and industries started adjusting and keeping up since they did not have many other options, not all could. The Government implemented rules that essential services had to keep running throughout the pandemic, with businesses that had to be run in-person like hospitality and construction, on hold till things got better. Mechanics conducting vehicle checks and healthcare and critical care workers looking after the sick were a massive requirement throughout the pandemic since the work that they did was crucial

While the virus was ravaging through all sections of society, statistically, it was affecting the oldest, the worst. Furthermore, it was also affecting people with other ailments or underlying conditions, and those who might have been recovering from a surgery or another previously existing medical conditions. All tasks requiring interactions with the older sections of society had to be handled with caution since it was a situation where other peoples lives were on the line. 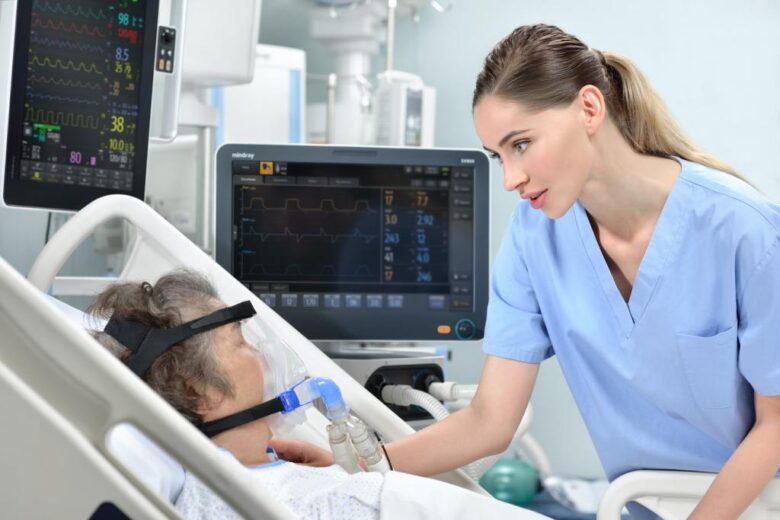 The hardest working professions throughout the world, now during the pandemic, more than ever had to be the medical professionals and critical care workers. They were not only putting their lives at risk every day to assist others but working long hours in crazy conditions to make sure others were safe. Additionally, there were a large number of reports about critical care workers throughout the UK and in many other parts of the world, burning out. Job stress and burnout syndrome were common among them based on the number of hours that they are putting in and the situations that they are subject to which were not ideal. Depression is quite natural since they see a lot of people sick and dying, and without a cure, there isn’t much that they can do. Another reason is that they have to stay away from their family in a lot of cases since they do not want them to get sick in the process or spread the virus, if they caught it, to their loved ones. Hospitals and other critical care employers are working with various support groups to make sure their doctors are receiving the help they need to get better and recover.

Furthermore, the law stated that critical care workers had to receive compensation for the days they were not working or the times that they had to mandatorily stay home, either since they caught the virus or were exposed to someone who might have been sick. There were even legal norms in some parts of the country stating that they should receive a payment for the additional hours they were asked to put in.

Depending on the specifics of the job within the healthcare industry, people were working with varying age groups. While some of them were working with children in schools, others were working with older people or connected to assisted care facilities. One of the main requirements was an enhanced DBS test which was usually handled by the employer. The primary purpose of the test is to assist in making proper recruitment decisions on prospective employees. Another aspect of the test is that it provides cautions, warnings, reprimands or convictions connected to an individual and their history. Additionally, it also checks against the children and or adults barred lists. There are many job positions involving children or vulnerable adults, and when hiring for these, they should handle a proper enhanced DBS test.

Other than staying safe on the job and making sure they wait at home if they have any symptoms during the COVID-19 outbreak, or if they interact with patients, most hospitals make sure their doctors and healthcare workers have the right insurance to protect them. Government schemes were stating that if critical care workers did get sick while on the job, they would receive an amount in compensation, which was overall positive. Additionally, the Government and employers had to make sure they provided the proper equipment, including suits, masks and anything else that they might need, to their critical care workers when they were coordinating with COVID-19 patients or people working with prospective COVID-19 patients. Additionally, there was a recent statistic stating that approximately 40% of healthcare workers had children of their own. They also went ahead further to state that a large number of them were younger, implying that they were single parents raising children. While the initial days of the pandemic were difficult for everyone, the national lockdowns and staying indoor rules did have more people staying home, which made coordinating care for younger children easier. Now, they had to make sure that someone was looking after their children, while they left for work, leaving them safe at home. It was a requirement that they were looked after and provided for.

Employers have to mandatorily conduct tests on their health care staff periodically before they get into work to make sure they do not have the virus. While there are rules relating to masks, sanitising regularly and checking temperatures, they also need more in detail tests like the nose swabs on occasion in most parts of the UK. People who were interacting with patients and people who might be COVID positive have to report symptoms if they feel they might be getting sick. Additionally, healthcare workers who were travelling to high-risk areas have to provide information about the trip, their details about any symptoms and other specifics. Depending on their travel itinerary, if a location was marked out as a COVID hotspot, they might have to isolate themselves for 14 days to make sure they do not spread the virus. Most people are now isolating in their homes which is a good idea since it is better than being alone somewhere else.

Everything You Should Know About Dating a Tech Geek – 2020 Guide

What Kinds of Tools That Can Help Reduce...