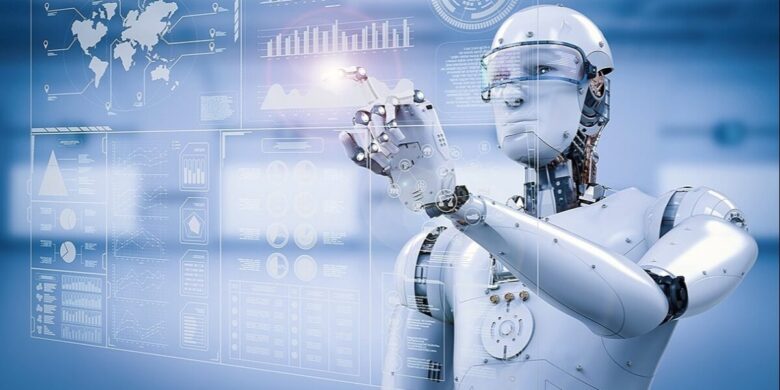 Robotics is a field tightly connected with artificial intelligence. Scientists build intelligent robots in order to expand human possibilities. Such machines are stronger, smarter, and more precise than us. Building them is not easy: you have to ideate and manufacture the 3D parts, build the brain, upload the code, and train the machine on the best datasets like this.

In this post, we are going to have a look at new exciting news about robotics that have just been made public.

A mech is a kind of fantastic vehicle (meant for battle), moving with the help of two or four legs and piloted by a person inside.

Mechs are often featured in science fiction. However, a company Furrion Exobionics has managed to build this monster. For $ 1,515 anyone can come to Vancouver and ride the world’s largest mech.

This machine is 4-meter tall, weighs 4 tons, and uses approximately 225 electric motors, hydraulics, springs, and suspension assemblies to move its four giant limbs in response to the pilot’s movements.

The ultimate goal of the team is to use them for races where the pilots would have to overcome a set of obstacles.

Indian young people tend to choose qualified jobs over traditional ones. That is why many coconut firms lack professional coconut pickers.

The prototype device called Amaran allows any farm to collect coconuts with the help of a smart device. It takes about 15 minutes to set the machine on the coconut’s trunk. An operator gives it commands standing on the ground. At the top, Amaran collects the fruits using a circular saw.

A new generation of a powered exoskeleton

Exoskeletons are already applied in military and production in order to expand the possibilities of a human body. EksoVest upper-body exoskeleton supports the user’s arms overhead. This is needed when people perform repetitive tasks in the upright position at work or have some trauma that prohibits them from feeling comfortable in this or that position.

The creators say that this apparatus offers the same level of support as the previous model but lighter and more flexible.

Drones that distribute herbicides and fertilizers on the fields are rather common. AeroSeeder developed a new machine that is able to spread the seeds, thus streamlining the process of cultivation.

This robot is equipped with a bag of seeds and can disseminate them at a speed of up to 35 km/h.

The purpose of AeroSeeder is to plant the so-called cover crops that are added to the main crop to minimize erosion, retain water, and suppress weeds.

Iron Ox is a robotics company that focuses on applying the technologies of machine learning and artificial intelligence in agriculture. In field robotics, smart machines help farmers to measure and apply fertilizers and pesticides, water the plants, control weed, and harvest.

Iron Ox has announced a new round of investment for the development of their new project.

A new robofarm is situated in Gilroy, California. It is more than 900 square meters in size. They have already started to supply vegetables to a number of retailers and restaurants across the state, including Whole Foods and Bianchini’s Market. The company aspires to extend deliveries across the country within the next year.

The authorities of Portland, Oregon, have strictly prohibited to use face recognition systems for whatever purpose. Authorities, police, businesses will not be able to apply this technology in the city’s public places. Companies that violate this order will be fined $1000.

The logic behind this decision is that facial recognition technologies are often biased in regard to certain races or gender. Therefore, the systems have been eliminated within the city borders to respect the constitutional rights of every citizen and promote equality.

Good friend to all gamers

Sony has applied for a new patent. They are working on a companion robot for gamers that would keep company to lonely gamers and share their emotions while playing.

The new robot will include special blocks for reading, understanding emotions, and expressing them through action. It will be able to perceive the emotions of the human and act accordingly to the situation.

The robot will have a mic, a camera, and a special sensor to track the gamer’s pulse and perspiration.

It is a fur pillow with a cat’s tail that reacts to stroking like a real pet.

On July 30, a crowdfunding company will open on Indiegogo in the United States, within which the Japanese device developer Yukai Engineering intends to raise $ 50,000 for the release of the Petit Qoobo. Note that this company was preceded by a successful project in Japan, when it managed to raise $ 125,000.

Prices for the device will vary from $60 to 80, depending on its functionality. The pillow is expected to be released in December, making it a pretty nice holiday gift for allergic animal lovers.

The latest version of the robotic cat pad includes a standard wagging tail that accelerates as you stroke it. Also, the pillow will wiggle in response to the sound of the voice and convey a slight sensation of the heartbeat.

Chewing gum has been recognized as a new means of drug delivery. However, before being made commercial, this means had to be tested. Also, there was no sustainable standard for the drug release process in vitro.

The University of Bristol developed a robot with humanoid chewing jaws. It is capable of imitating the human chewing process and is equipped with artificial saliva.

During the research, it was found that the robot has the same level of drug release as human participants. This means that similar robots can be used by other companies for testing, decreasing costs, and increasing efficiency.

Who knows, maybe in a couple of years, everyone will have an exoskeleton or a household robot to fulfill their needs? Companies like Furrion Exobionics, Tesla, and Serokell make the technologies of the future become a reality.