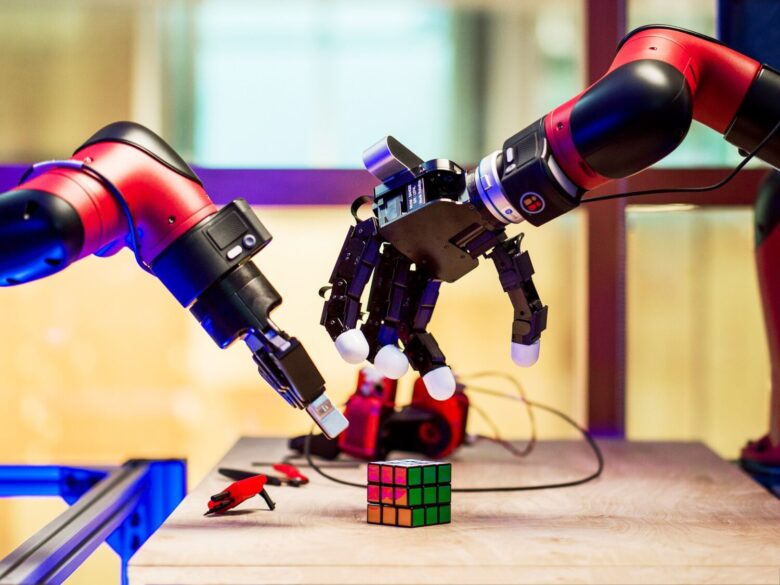 With the retail industry becoming automated more than ever before, some believe robots could gradually lead to the extinction of humans. From retail sector to construction and microsurgery operation, everyone seems to be interested in the future of robotics. An insider at Rozum provides expert insights on the subject matter, the future of robotics next year, and beyond.

Industrial robots, which are programmable, automated, and capable of movement on three or more axis, are no longer peculiar to heavy industry. Collaborative robots have aided this expansion in the area of application. Collaborative androids have, over time, interacting with humans and work safely in the same space and proximity.

There’s a need to provide answers or some direction to the ever-increasing question; ‘Are the good times coming to an end? Speaking with the Director of Product Development, Chris Harlow, he suggests that although the good times are still rolling in some corners of the sector, they won’t be here for much longer across the board. Concerning the short-term takeaways by the collaborative robots or “cobots,” Harlow predicts doom for the small, force-limited tabletop units. Although cobot companies have been a minor but useful spear tip for the sector, this may be coming to an end.

“The demand for power and force-limited robots or cobots has reached its zenith within the last few years performing various roles from information androids, transporting materials to inspection due to a reduction in functionality and capabilities,” declares Harlow. “By the year 2025, there will be no longer be investing in these systems by manufacturers, and better technology will replace such force-limited cobots which will aid the proficiency of humans.”

Traditional industrial robots will play a part in that shift as there will be an increase in their capabilities and functionality. For a long time, traditional industrial robots have been confined to cages and fences and not sharing the same workspace with humans. But now, they are starting to work alongside humans due to a host of safety features that include advanced vision systems, collaborative and mobile robots, and exoskeletons.

“Due to the significant ease to which industrial robots will be programmed, they will become more convincing to use,” says Harlow. “As robotic automation grows and expands into new industrial areas such as logistics and electronic assembly, which is seen as a segment of the industry, there will be widespread adoption of these androids. The shift from programming using series of commands within a file that is interpreted and carried out by another program, rather than compiled to one which allows the processing of spatial representation in two or more dimensions, will be the catalyst behind this.”

Harlow draws attention to the fact that the pace of this progress could be slowed down by the regulatory environment. “In the 2023s,” he pronounces, “there will be a move by the artificial intelligence and machine learning technology landscape from the ’Wild West’ where almost anything goes to a more controlled regulatory environment. That would see an introduction in mandatory legislation that will inescapably slow down the pace of progress and, in turn, impact androids automation. For instance, there will be safety regulations placed on AI and ML algorithms. That will slow down the speed of development of vision systems that are essential to audiovisuals along with industrial androids taking on more complex tasks like kitting or parcel sorting.”

Apart from all this, another incredibly thoughtful prediction of 2023 related to robotics include their services in the next Olympics games in the summer of 2023. That would come around as the latest efforts of Japan in the world of robotics and assistive technologies. Another aspect of engaging robotics within Olympics from Japan’s end is to cover the age gap which has dominated the population. So, without a glimpse of any surprise attached to it, these androids can be seen lifting weights, helping the guests to their respective venues and taking part in other suitable preparations for the Olympics 2023.

That is still an assumption or a prediction, it might or might not come right, but the level of financial investment along with a passion that Japan has put into these humanoid androids, it reveals this very occur acne mentioned above. Apart from all this, another very crazy but still a very applicable base of interest would be to use the androids and assistive technologies for automated driving. Installing an android that is programmed to a higher degree of perfection can be of extreme help to the old and disabled people, especially helping in driving them around and perform locomotive tasks for them.

Controlled location within self-driving vehicles is an active project being pursued within the US, which would help those who don’t have a single clue about driving. And to make things more secure and safe, the introduction of controlled locations is also presented in which specific areas would be programmed within the automobile, and these vehicles then would only be able to respond to only scheduled requests. The inclusion of androids taking care of the heavy load could be turned into an active business where such vehicles can be used for the sake of transporting goods, groceries, enabling home delivery of pizza and other food-based items as well.

The ricochets of robotics bouncing back and forth in 2023 are still buzzing, and no one knows whether or not all the points covered in this article would come about, but we hope that there will be continuous improvement within the world of robotics.