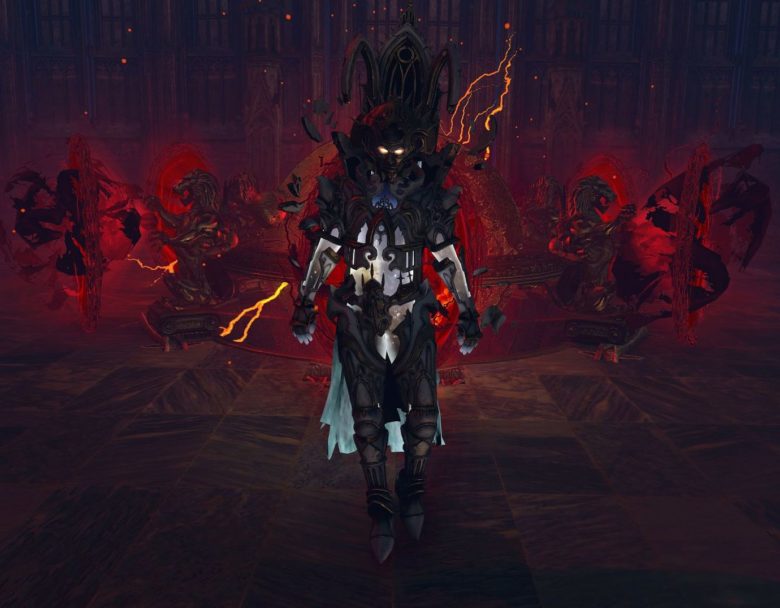 The deed is done, you’ve sealed up the threat roaming about in the Path of Exile Atlas. You’ve saved Wraeclast for the time being. With your strength and experience, you choose to explore the void instead of going back. As you grow stronger, you also get exposed to the mind-bending, twisted worlds of the Atlas. Suddenly, you become a threat to your homeworld!

At least, that’s what the new expansion suggests. Grinding Gear Games figured out a way for player behavior to influence the game’s story. After all, players continue to run Atlas maps in the endgame. Do that long enough and it’s no wonder anyone would go crazy. That’s the explanation for the new bosses you’ll encounter in this update. They’re not actual player characters who endlessly farmed PoE orbs or you can actually buy at Playerauctions.com, but something really close to it.

Read on for more info about the update!

New Bosses to Defeat, and New Items to Collect

The Conquerors, the mentioned wanderers of the Atlas, have grown too strong. As they shaped the void they were in, they never noticed that they changed as well. Now, they threaten you and the world you live in. They’re trapped for now, but they’ll break free soon!

There are five bosses to defeat. Each will give you a Watchstone when defeated. Use these stones to unlock new maps to explore in the Atlas. You can even switch them out on the fly!

While hunting for them, you’ll find rare items with unusual modifications. New influence types grant these mods from special pools unique to them. You can even fuse together two such influenced items to create a hybrid. It will have both the characteristics of the items that made it up. Lastly, there are new types of Exalted Orbs that add these unique modifications to your old items.

A new class of Support Gems, ‘Awakened’, will also be available to collect. Even at level one, they surpass their max level lower-class counterparts. They drop from Conquerors if you’re lucky. At any rate, they’re very good augmentations to your build and will be a good help in your continuing hunt for the bosses.

More than that, there are new unique items and Divination Cards to collect. Four unique items are league specific, so make sure you don’t miss the opportunity to get them!

The Metamorph League lets players create their own bosses to fight. TaneOctavius, an exile by way of killing his master, is trying to find the source of or cure for ‘the Intrinsic Darkness’. In doing so, he hopes to absolve himself for the violence he had done.

He will ask you to collect Monster Essences, which will be used to create a Metaphoric Foe. The samples you used will determine the abilities of the boss as well as the rewards it will drop. During the fight, it will cycle through the forms of the monsters that built up its existence. Take care that you don’t accidentally build something you can’t defeat!

Metamorphic bosses drop Catalysts, which improves the quality of jewelry. They will, in turn, improve the strength of that jewel’s mods. They even have associated mods, and when used in crafting, increases the chances of rolling those.

More than that, bow skills got a rework and Ranged Attack Totems got renamed to Ballistas. The former adds new support gems as well as increased bow damage among other things. The latter gets some new dedicated support gems, passive skills, and new art. It’s a whole new challenge for build enthusiasts and the PoE currency farming community. Old builds will have to be reworked or scrapped and built anew.

The update dropped last December 13, with ones for the consoles (Xbox and PS4) dropping a week later. The league will run for only two to three months, and time is always running. Don’t miss your chance! Have fun with Path of Exile: Conquerors of the Atlas.