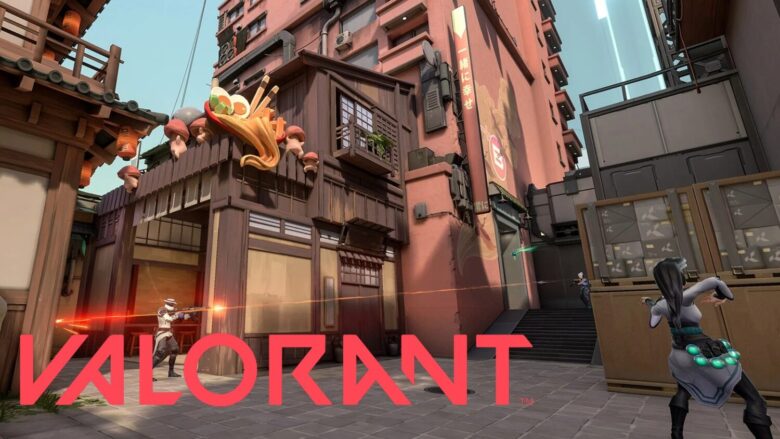 Nail-biting actions, Hip fire headshots in one go, and excellent flicks of the wrist are the core of Valorant. This is a 5 v 5 Tactical hero shooting game from the famous League of Legends developer, Riot Games is right now one of the most played shooting games.

The game offers brilliant implementation of superpowers, Steller gunplay, and pleasing visuals. It is a force to be reckoned with in the FPS industry for sure. Even though the learning curve of the game is steep, once you have mastered the fundamentals of the gameplay, it will be impossible to put Valorant aside.

In this game, the teams take turns as either attackers or defenders in a best of 25 rounds. The main goal of the attacker is to carry and plant the spike, a bomb in one of the designated areas of the map. Then they have to defend the spike from getting defused by the other team by killing them or steering them off of the area.

On the other side, the defenders must prevent the attackers from planting the spike. They can either kill all the attackers or defend the bomb sites till the time ends. If by any chance the attackers managed to plant the spike they will have to defuse it before it explodes.

The game is fairly simple but to master it you must first learn is the Valorant agent and their roles. This will give you an insight into the overall gameplay, and take you one step closer to winning your matches.

So, without further ado, let us check out all the Valorent agent roles and what they have to offer.

So, the first role we will talk about today is the initiator. Those are a special class of agents that leads the team into the areas controlled by the enemy and initiate the pushes.

If you like to master powerful lineups and apply status effects without being the one to do all the fighting, then Initiator is the agent role for you.

At this moment, there are three Valorant Initiator Agents – Breach, Skye, Sova

If you choose to be an Initiator you will have one of the most important roles in the game – To lead the attack. So if you die early your team will lose the ability to turn the tide of the battle. Your job is to stay low and take a fight when you know you can win. This is one of those roles that is essential for the success of the team.

Now it is time to talk about the Controller. This role specializes in Blocking all the vital points of sight and making it tougher for the enemy team to attack. Controller’s abilities will make every push that much riskier for the enemy team, as they do not know what they are getting into.

At this moment, there are three Valorant Controller Agents. Brimstone, Viper, Omen. All of these agents have smokes or other blind or disrupt abilities in their kit that make them perfect for the job.

Brimstone for example has access to 3 smokes that can place almost all over the map from a distance. And Omen got only 2 but he can recharge them every 25 seconds. So it is up to you to choose which of those matches your playstyle better.

Viper on the other hand has access to only 1 smoke but she can easily recharge it. On top of that, she has a poison wall that can cut any part of the map in two and deny visual to the enemy team. This makes Viper one of the trickiest Controller agents if plays to his fullest potential.

The controllers has one simple purpose in the game that makes them stand apart from the other. They are specifically designed to trapping the enemy into a sticky situation and get them into the exact place that your team wants them.

Duelists are by far one of the most popular roles of agents there is in the game. And for this reason alone, there are more agents of this role than any other in-game. If you are the type of player that likes to eliminate your enemies and duel to get the upper hand, then the Duelist is the role for you. At this moment, there are four Valorant Duelists Agents – Jett, Phoenix, Raze, Reyna.

Since your main role as a Duelist will be to eliminate the enemy players you’re abilities are designed to help you do that. Almost all of the Dueliest against abilities will do some kind of damage or will incapacitate your enemies. That way you will have an advantage when you stand against them face to face.

While they are the most fun to play the Duelist, are very hard to play, as in most scenarios they are depending on the other players in the team. And if you are not coordinated properly, your agent will lose a lot of its power. On top of that, since they do not offer any kind of utility to the overall team play you will depend only on your skill in sticky situations. Properly used in combination with the other players in the team the Duelist can be the lethal weapon to win any match. For this reason alone, it is always advised to have some other roles along with dualists in your arsenal.

Last but not least, it is time to take a look at the Sentinel. These are by far the most frustrating agents to deal with in Valorant. From blocking to reducing your movement speed, they are tough to handle and can easily tilt you throughout the game. Sentinels are the most appreciated roles in the game, with the ability to heal, revive team members to blocking enemies in a path they are pushing for quite a long time. At this moment, there are three Valorant Sentinel Agents – Cypher, Killjoy, Sage.

If you love annoying your enemies by stopping them on their tracks and heal and revive teammates the Sentinel is the role for you.

That ends our guide for the Valorant Roles. Now it is time for you to pick the Agents that suits your play style the most and start shooting.

For more details on Valorant, check boosting-ground.com. Here you will get the chance to play with professionals who will guide you throughout the game and make the overall gameplay experience even more enjoyable. So get the most out of your game and start this journey right away.