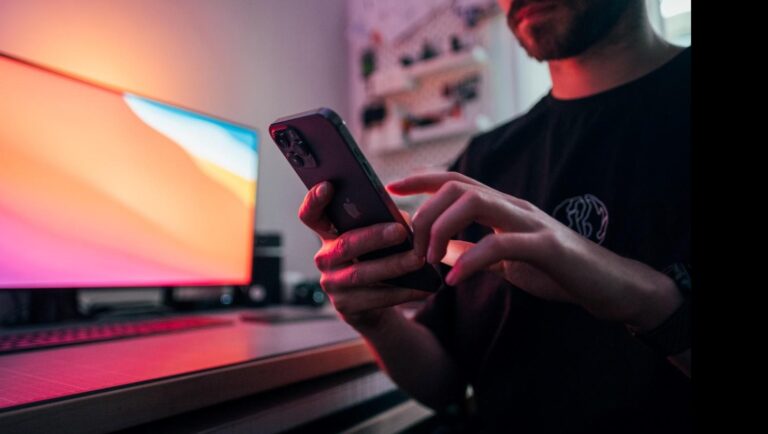 Despite its humble roots, mobile gaming has quickly gone on to become the most profitable part of the interactive entertainment industry. Valued at $97.8 billion in 2023, this arm of the market is expected to reach $214.6 billion in 2028, operating at an 11.8% CAGR. Such expansion in the mobile market has been a significant surprise for gaming spectators, many of whom believed that the system was ill-suited. As games like Vampire Survivors continue to show, this is far from the truth, as mobiles excel in key areas that guarantee their future success.

Following a successful early access campaign, Vampire Survivors saw a release on PC and macOS last October, with console releases coming soon after. For many players, Vampire Survivors was a serious contender for Game of the Year, despite launching with a $4 price tag. Taking at least a couple of dozen hours for the full experience, this was a game that had legs, even if its graphics and gameplay were simple.

Visually, Vampire Survivors borrows heavily from the work of the Castlevania series. Many of the weapons, items, enemies, and characters lean on Castlevania’s legacy, with the name of the game being a reference to Castlevania’s lead villain, Dracula. This is delivered in a simple and pixelated style which, while not setting the world on fire, suits the theme perfectly.

In terms of gameplay, Vampire Survivors is a kind of trendsetter. While it doesn’t have an official simple designation, it plays like a combination of a roguelike and a tower defense game, if the player was a mobile tower. With each session lasting up to 30 minutes, players level up, gain more weapons and defensive items, and fight off ever-strong waves of monsters. It’s also incredibly simple to control, with the player only requiring one stick and a single action button to play.

The gameplay of this title means it’s fun no matter the system. The simple controls and visuals, on the other hand, make it one of the best fits for mobile play out of any game released yet. This is one of those rare titles where concerns regarding performance in input (the major limiting factors on mobiles) just aren’t there. Combined, these aspects raise Vampire Survivors to legendary status, and this ideal is one that others on mobile systems are constantly trying to embrace.

A touch screen and a small display on mobile will never be as clear to see as a TV screen or monitor, or as easy to control as a mouse/keyboard or a gamepad. As titles like Vampire Survivors show, however, the right implementation for the right type of games can sidestep these challenges entirely. Though gaming can continue to struggle in this regard, there are other forms of interactive entertainment where the move to mobile has been much smoother.

The most popular example of this integration can be found in how the best online casinos and their games operate on mobiles. Formerly built entirely for desktop and laptop browsers, the new generation of online casinos like 1XBet and Betway are now designed to offer a seamless experience on mobiles. This includes basic functionality like collecting free spins and deposit matches on tablets and smartphones. Casino players can usually either use a web browser or a downloadable mobile app. Finally, the more measured pace of online casino games helps reduce or eliminate any challenges with control and display.

Back to video gaming, it’s the titles that follow these ideas that have set the stage and continue to perform the best. At first, it was games like Candy Crush and Plants vs. Zombies that opened the doors, and since then, exploration of what can work for the broadest audiences has continued. For many players, games like CoD: Mobile or PUBG on smartphones go too far and make control untenable, and in doing so scare many players off.

Mobile gambling is one of the fastest growing segments in the gaming industry, and the release of Vampire Survivors Mobile Port demonstrates why this type of mobile gaming is a great success. With its innovative game play, vibrant graphics, immersive sound effects and fun characters, Vampire Survivors has become an immensely popular game around the globe.

For players in AsiaBet, mobile gaming offers a wide variety of advantages compared to other platforms. First and foremost, mobile phones are incredibly convenient as they allow players to take their games with them on-the-go. Additionally, due to their ever increasing processing power and storage capacities, mobile devices have enough power to provide smooth gameplay even without additional hardware or components. Furthermore, with VR becoming increasingly accessible and affordable on mobiles devices, gamers can enjoy virtual reality experiences from wherever they may be.

From features like live streaming tournaments to AI driven multiplayer modes that offer an unparalleled level of realism and excitement for fans of all types of digital entertainment experiences; Mobile gaming has certainly proven its worth as one of the most enjoyable gaming options available today. With Vampire Survivors Mobile Port leading the way for immersive gambling experiences on mobiles devices across the globe, it’s safe to say that mobile gambling is here to stay!

For most players, a balancing point needs to be found between gameplay depth and control, and visual simplicity. This has proven a difficult point to reach, where some, like Vampire Survivors, manage a perfect encapsulation of the required components. When done perfectly, these titles show how mobiles are far more than a limited alternative to traditional systems: they are a powerful platform that can achieve things static systems never could.