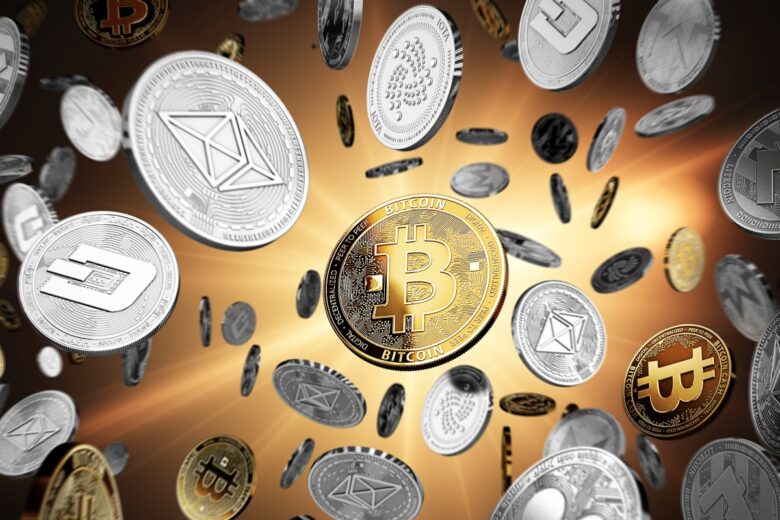 Online technology has changed different aspects of our lives. More precisely, it changed the mentality and habits of the worldwide population. People now do not have to go to the stores to purchase things they need. Doing that from home became a more popular option. Despite that, people often use their free time differently. They would rather stay at home, watch a movie, and eat popcorn.

Yet, the changes in the different business fields are also visible. The improvement of technology also made certain business fields more popular. That especially counts when we talk about the crypto industry. Digital currencies were a taboo subject for a long time. In the beginning, many people believed they are only a scam. Some people share the same opinion even today. However, there are two different reasons why those people have that type of opinion.

Before everything, lack of good quality information is the reason number one. They are not willing to invest time and research the entire business field. Despite that, many ups and downs of all the virtual currencies are another reason why people do not invest more. It is not a secret that all of them, including the most popular ones, had a turbulent past. That is the reason why we want to research this subject a bit more. We will analyze in this article what causes the virtual currency to change value. There are many factors out there that directly influence the value of Bitcoin and other altcoins, and we will highlight the essential ones.

Different Happenings in the World

Fiat and virtual currencies are different for many reasons. Yet, different happenings in the world directly influence their value. A good example of that we could see when the Coronavirus pandemic started. No one expected in January this year that the entire world will change for a couple of months. People were afraid of the virus because of the different news they heard about it. Yet, that was not the main problem. Everything around finances and the economy suddenly became uncertain. That is the reason why people started to sell their digital currencies. Logically, that directly influences their price and reduced their value.

We know that many people that are not supporters of digital currency would use this as an argument. However, when you look closer, all the industries around the world stopped functioning for a couple of months. We can use the tourism of different countries as an example. Many business owners that were participating in that industry had to end their business journey. Despite that, you can easily see that the values of all digital currencies are getting back to normal. Their value slowly started to grow once again after a few months.

Not all countries around the world are crypto-friendly. For instance, the USA, and countries across the European Union legalized the usage of Bitcoin and other Bitcoins. Each time when a government recognized digital currencies as a legit payment option, more and more people start to invest. Logically, that seems like a profitable and perspective more for them. Because of that, the value of each cryptocurrency goes up. We hope that the number of countries that will accept digital currencies will grow in the future. In that way, their value will grow as well.

The syndrome of “fake news” is well known in all parts of the world. The rumors as well exist in the world of digital currencies. Keep in mind that the number of them you can find on the market is not small. All crypto owners will use different methods to raise the value of their coins. Because of that, people often hear rumors that are often not correct. Yet, those rumors often influence their decisions. For instance, they can hear that some digital currencies will be banned in particular states. Because of that, they will start selling their coins. On the other hand, the demand will also go down when potential investors hear those rumors. More precisely, investing money will seem like a risky option.

Making a difference between real information and rumors is a challenging task. Let’s imagine that you hear a rumor about Bitcoin. Hearing the rumor once probably won’t mean a lot to you. Yet, if you hear it from different sources, you will start to change your plans. That is the reason why we recommend you check cryptopolitan.com. There you will manage to find out how to stay away from the rumors related to bitcoin technology. It is in your best interest to have the best approach.

People produce digital currencies in different ways. Yet, all those ways have a problem with high electricity bills. Let’s imagine that electricity costs become higher because of some reasons. That means that miners will need to spend more money to solve the cryptographic math problem. In those cases, the value of each virtual currency will go up.

We can use some “physical” products as an example to make things clear. Let’s imagine that one chocolate costs $10. However, if the price of the milk jump, the chocolate you like will probably cost $12 soon. That is the same way how production fees influence the value of digital currencies.

We do not want to say that the digital currency field is not safe. More precisely, it offers a high level of security, and that is the reason why people gladly invest their money. Yet, that doesn’t mean they are not an attractive field for different scammers and hackers. They are constantly trying to find a way to hack the crypto wallets of users and become rich in that way. Fortunately, it seems they are far away from reaching their goal.

Yet, the news about hacker attacks spread faster than Coronavirus. When investors hear something like that, they start to feel unsafe. That is the reason why the price can go down.

The purpose of this article was to change the way of thinking of people that are not crypto supporters. Despite that, it can also help people understand why virtual currencies change their value often. As you see, that is not happening because digital currencies are a scam. All these factors can influence any other field as well as fiat currency. Your task is to recognize the rumors and follow the latest news from the industry. Those two things will allow you to discover the best possible moment to buy and sell digital currencies.